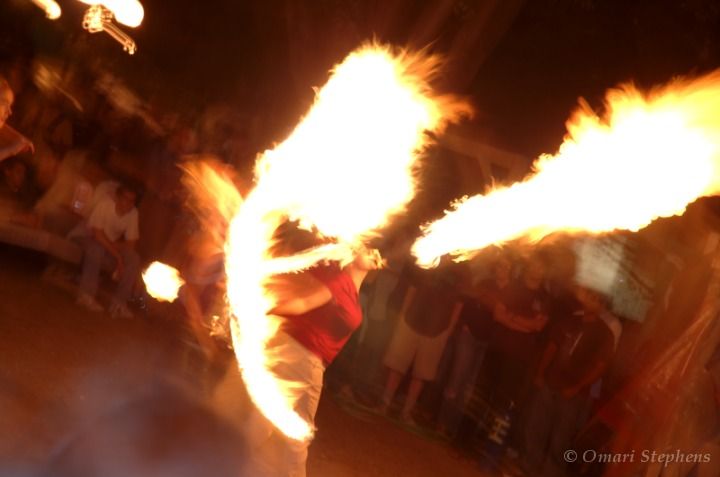 Hi.  This blog is someone's fault.  Anyway, I think I'll start off with a photo (which you presumably just saw), some commentary, a quote, and a complaint.

I hate making web designs.  If anyone has suggestions/examples of some way to show photo info, like shutter speed, aperture, and stuff, I'd be interested to hear (especially if it's code I can steal).  Anyway, the above was a 1-second exposure at f/7.1.  I shot it around midnight on September 4th, 2004 with my D70, a few weeks/days prior to the start of my freshman year at MIT.  I like taking photos at night.

The complaint?  Blogger should let me have my UTC.  Anyway, as you might expect, there is more to come.  Frequency will probably be typical blog frequency &emdash; high at the outset, then a dip as I run out of things to say, then leveling off at some sort of maintainable rate; yay.

Hey, it's me! I’ve been a documentary photographer for 17 yrs, software engineer for even longer, and plenty of other things in between.
Next Post