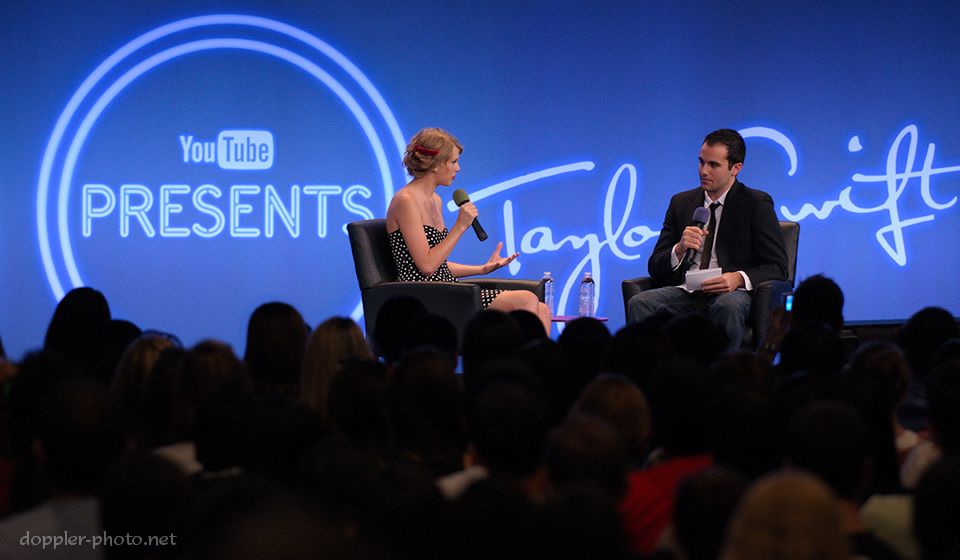 I've spent the last few weeks pondering how to dig myself out of what has become an inundation of concert photos.  I've finally figured something out, so here we go, in some kind of weird reverse chronological order.

Note: click on a photo below to get to that respective set of photos.

About two weeks ago, YouTube Presents brought Taylor Swift to the Googleplex for an interview.  I was fortunate to be one of the two official photographers for the event.

The interviewer, Kevin Alloca, presented both written and video questions posed by Taylor's fans, along with a couple questions of his own.  I think one of my favorites was a video question from a fan: "Taylor[…] what is your definition of beauty?"  Her response was succinct and thoughtful: "I think for me, beauty is sincerity."

Near the end of the concert, the group rotated instruments — everyone in the front row cycled right by one position, and the bassist brought out a trumpet to play.

Fresh off their reunion performance at the Outside Lands Festival, on August 20th Latyrx performed at Google on one stage with Jazz Mafia, Skins & Needles, Kat "O1O" Ouanu, and Joyo Velarde (left, in photo).  Latyrx is the partnership of rappers Lyrics Born (center) and Lateef the Truthspeaker (right).  Lateef, Lyrics Born, and Velarde were all members of the Solesides collective, which became Quannum Projects in the late nineties.