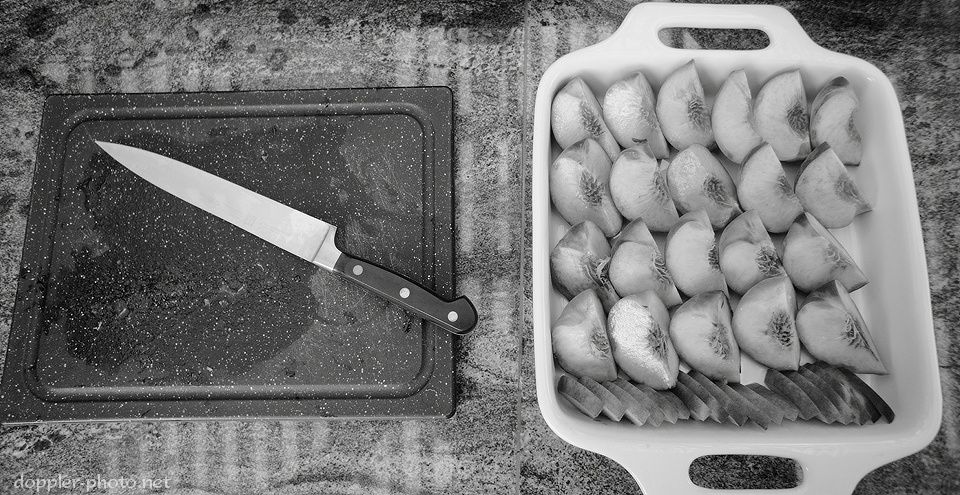 It's a lazy weekend (for some definitions of lazy), so here are some things I like.

I like cooking, and I especially like prep work that involves cutting things :o)  I accidentally ended up at a friend's dinner party, so when an opportunity came to quarter some peaches, I jumped on it.  L is the mischief in me, so I tried to arrange them somewhat.  They were delicious.  So sweet, and so cold.