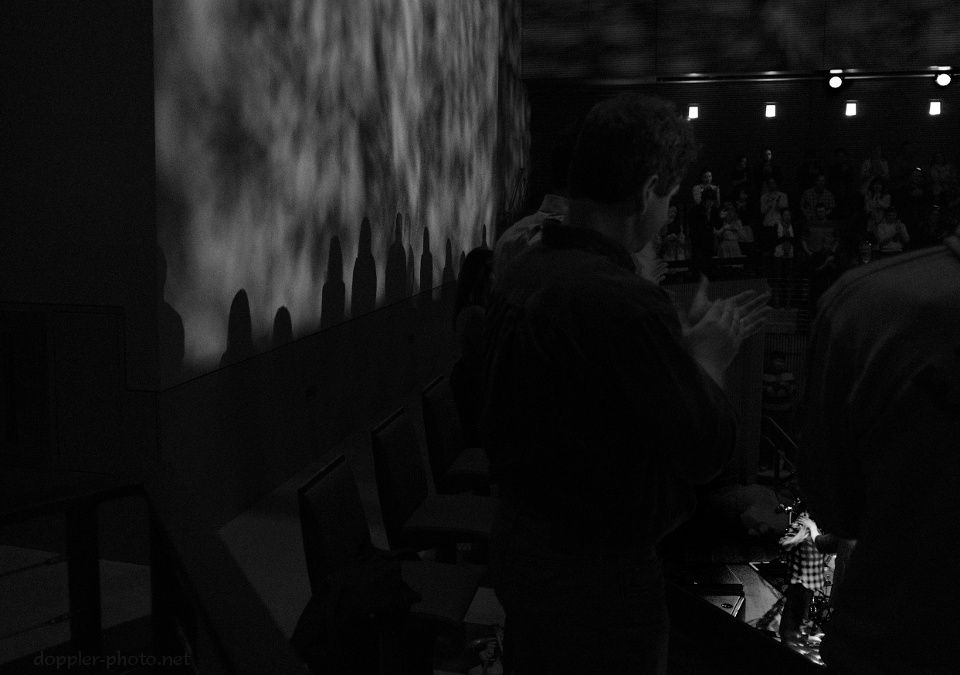 This past weekend, I went to see Hiromi: The Trio Project at the recently-opened SF Jazz Center.  A friend had mentioned that the acoustics were fantastic, and that they were.  The trio of Hiromi on piano, Anthony Jackson on 6-string bass guitar, and Simon Phillips on drums sounded amazing.  In the photo, the Trio receives a standing ovation after their encore performance.

After the show, I had a chance to take in the architecture in the lobby, where a number of concert attendees stood around and waited (perhaps for autographs?  I'm not sure).

A woman checks her phone in front of a staircase from the lobby to the second floor.  I figured on first glance that the metal rods were intended to prevent children from falling off, but I just noticed that they likely double as the support mechanism for the staircase — the staircase has no support columns, and the glass at the far end is non-load-bearing.  Nifty.