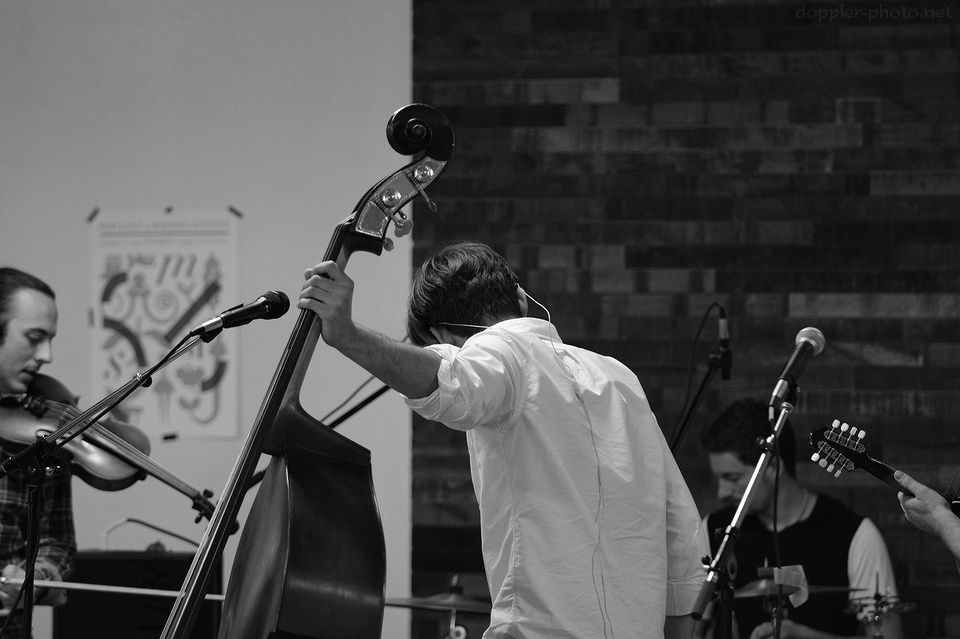 I grew up watching Bill Nye the Science Guy, and seeing Miracles of Modern Science perform at Google brought back some of that magic.  Every good episode of Bill Nye included a few soul-crushing puns, some folks in weird costumes, and a solid discussion of a couple scientific fundamentals.  In short, they combined humor with a novel perspective on the actual technical aspects of science.

Miracles of Modern Science does the same thing, and their song The Singularity is a prime example.  The staccato sound of their unique instrumentation is somehow reminiscent of the 100 billion stars of Carl Sagan's Cosmos, and the lyrics of the music manage to reflect some of Sagan's sense of wonderment about the nature of the universe.

More specifically, though, the song is Ray Kurzweil's The Singularity Is Near, but with an addictive melody and a catchy-yet-still-technically-precise hook.

Evan Younger, one of the two co-founders of the group, plays double-bass and sings lead vocals.

Josh Hirshfeld, the other co-founder, plays mandolin and sings backing vocals (as does the rest of the band).  He and Younger started the group as students at Princeton University in 2004.

Geoff McDonald is on cello.

Folks from the audience chat with the members of the band after their performance. Click here to see the image gallery for this post. Click arrows to scroll. Click any image to jump to gallery