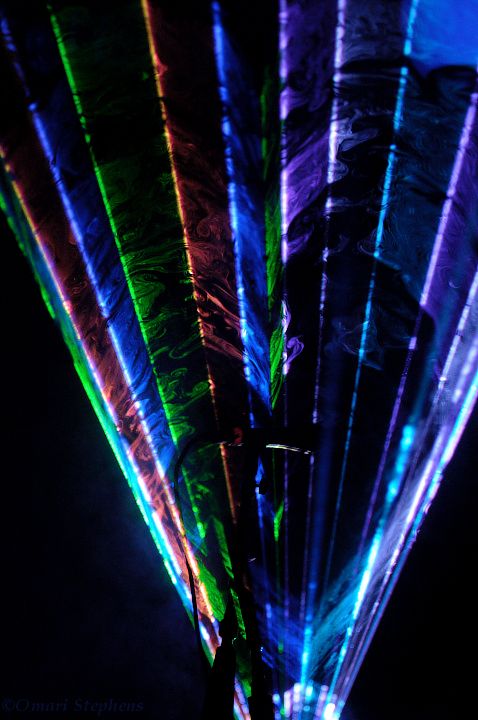 I first discovered Dizzy Balloon when Raffi, a friend from school and also a member of the band, sent a message asking me and a bunch of other folks to vote in a Bay Area local band competition being held by the Live105 (KITS) radio station.  Grand prize for the competition was the opening slot at Not So Silent Night, featuring Bloc Party, Franz Ferdinand, Jack's Mannequin, Death Cab for Cutie, and The Killers.

I'm a big fan of helping friends, so I stopped by the Live105 website and listened to Dizzy Balloon's competition song, "Raise a Glass."  And you know, it wasn't that bad.  After listening a few more times, I got to like it, and resolved to "vote for it sometime."

A couple more days of listening to the song essentially on repeat (or cursing Live105's Flash-based music player when using machines without Flash) provided enough activation energy for me to escape the potential well and actually go vote.  Given the registration hoops I had to jump through, this was a big step.  Afterward, I went back to hitting the "play" button each time the song had finished.

Finally, on November 29th, I went to Dizzy Balloon's Thanksgiving Extravaganza at The Rickshaw Stop, and it was fantastic.  In addition to Dizzy Balloon, Picture Atlantic and The Frail also played, and all three bands made it into the top 25 of the Live105 competition.  Beyond music, the concert had black lights, lasers (❤), a bubble machine, a smoke machine, and a sing-along.

With that said, here's how I became a Dizzy Balloon fan.

The concert started off with a set by Picture Atlantic, who made it to the top 5 of the local talent competition.  I enjoyed their music, but I wasn't really into it; and now, a month later, I can hardly remember what they sounded like.

I believe the guitarist was doing some sort of feedback trick when I shot this, but I'm not really sure.  Whatever it was, the blue LED contrasted nicely with the red stage lighting, and also complemented the undershirt's hint of blue fluorescence from the black lights.

The Frail played next and they rocked.  This was my first time seeing electronica played live, and it sounded great.  I imagine this was in no small part due to massive woofers that the club employed for the evening: standing in front of one of the stacks, it felt like the speakers were trying to blow my clothes off.  Excellent.

The singer for The Frail asked for the lights to be turned off, so all that were left were the black lights.  It was pretty cool in person, but sort of frustrating from a photographic point of view.  I kept shooting, though, and came up with this frame.  The silhouette is pretty surreal.

Later that night, I bought one (well, really three) of their CDs.  Unfortunately, it was fairly lackluster compared to the live performance, and that may have been one reason they didn't make it to the top 5 in Live105's competition — they were pretty awesome in concert.  So awesome that I started to wonder if I shouldn't have blindly voted for Dizzy Balloon in Live105's competition.

Dizzy Balloon finally got on stage, however, and put my fears firmly to rest.  I sent an email to a mutual friend of Raffi and myself when I got home, and I think it conveys my reaction to the performance pretty well:

my face melted off

One aspect of Dizzy Balloon's set that resonated so well with me was the quirkiness.  This shot was during a nice violin solo relatively early on in the set.  As the violinist played, a helper set off a fire extinguisher, and the translucent, gaseous contents (CO₂?) turned the narrow, red beam from the laser into a glowing backdrop.

Another fun characteristic of the concert was the audience participation.  A lot of concerts have sing-alongs, but they're usually impromptu, and they often only last for a verse or so.  Dizzy Balloon's sing-along lasted for an entire song, and all of the lyrics were projected on a screen behind the band.  Not only that, but the mechanism that animated the lyrics in time with the singing was… well… it was a giant PowerPoint presentation with one slide per word in the song.  A helper advanced the presentation in time with the singing.  This was clearly engineering at its finest.

And most concerts have parts where a band implores the audience to clap along.  For Dizzy Balloon's first encore, though, singer Petros instead asked us all to be quiet.  When the noise in the club had dwindled to a whisper, he grinned widely and the band members started snapping their fingers; and we snapped along.  Then they beat their chests, and we beat ours in turn.  Finally, guitarist Jonny started playing, and they segued into a song which also won a great deal of applause.

The first half of the second encore was a song, and the second half was mostly jamming with all hands on deck, and Petros doing introductions.  By the end of the night, I was all rocked out.  Awesome.

As for the competition, Dizzy Balloon also made it into the top 5 (alongside Picture Atlantic).  A couple days before the main event, each of the 5 bands played a quick set before judges at the Cafe du Nord.  Clearly, I wasn't the only one who loved their music, as Dizzy Balloon came away with top honors.

For the curious among you, Dizzy Balloon will be playing what they call the East Bay Extravaganza on January 3rd at The New Oakland Metro.  Also playing will be Judgment Day, Maldroid, The Frail, and Wendy Darling.  To quote, "You provide the bodies, we'll provide the fog, lasers, music and yes... even the astro jump!"

And for Dizzy Balloon, my message is simple: Keep Rockin'