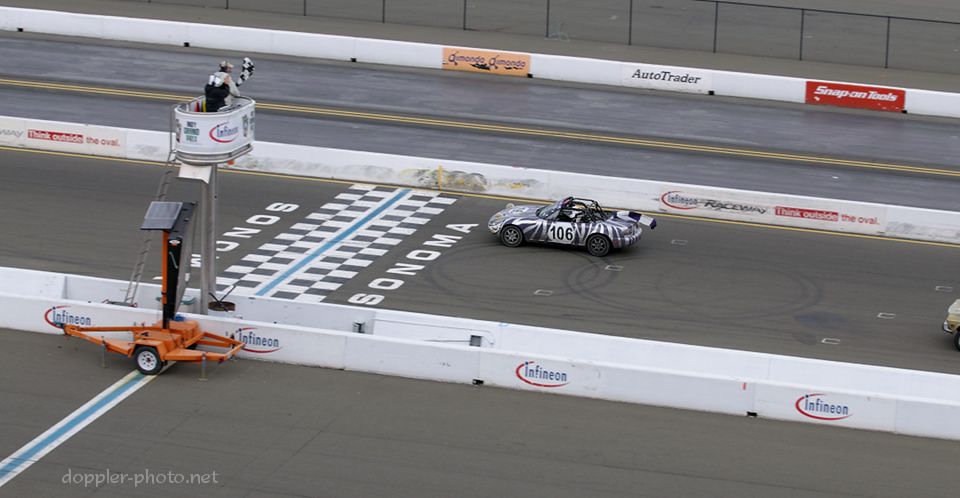 I spent the weekend at the 24 Hours of LeMons "Sears Pointless" race, held at Infineon Raceway (formerly Sears Point) in Sonoma, CA.  Above, my team's Alice in Wonderland Cheshire-cat-themed car takes the checkered flag after 16 hours of racing (split across two days).

Despite starting in 180th position out of around 185 cars, we finished the race in 99th after somehow managing to avoid any penalties or mechanical issues throughout the entire weekend.  As such, we miraculously (if only barely) accomplished our pie-in-the-sky first-ever-race goal of a 2-digit placing.

More photos to come soon at some point, once I dig out from the pile of 1600 photos I shot during the past 5 days.