Imagine exploring an unfamiliar environment.  Everything seems new and unexpected, even if you feel twinges of familiarity here and there.  But there's this feeling of shock and confusion that happens when you round one more unfamiliar corner, only to realize that you suddenly recognize your surroundings.  That all this time, you've actually been closer to home than seemed possible, just moments prior.

That was NASCAR, for me.

Now don't get me wrong; I've watched plenty of NASCAR over the years, and there've definitely been times when the whole thing had felt like it made sense.

But stereotypes have a way of pulling you away from the things you used to enjoy.  In part because they're just pernicious like that, but also because they often have a kernel of truth, and sometimes it makes you worry…

But when the Toyota / Save Mart 350 rolled around in June of 2014, I finally had a chance to look back and recapture some of those feelings I thought I had left behind.

Going to my first NASCAR race in person, after years of focusing on other more "contemporary" car racing series, felt surprisingly like a homecoming.  I was expecting to feel out of place, but I ended up feeling like this is where I really belonged.  Like this was the place where I wouldn't have to try in order to fit.

Seeing crew members throw a football before the race triggered the first pang of familiarity.  With every other pro race I've been to, the pre-race period always carried a sense of constant tension and turmoil, even when it's masked under a superficial stillness.

At this race, there was a casual nature to things that I'd never really experienced elsewhere.  If I had to describe it a different way, it felt like the difference between telling yourself "be calm," versus not even needing to tell yourself that.

There's also a mythos around numbers as a form of identity that speaks to me.  I grew up hearing about the legend of Pelé, #10 on the Brazilian men's national soccer team, then Maradona, Ronaldo, and all the greats who followed.

I grew up playing soccer on traveling teams up through my teens, and when uniform assignments rolled around, #10 was not a number to be taken lightly.  Rather, it was a standard that you had to live up to.  And the knowledge of which numbers were revered, and which were just standard fare, formed a fundamental part of that culture.

There's a culture around NASCAR's car numbers that is much the same.  Some car numbers are emblematic of specific drivers or teams, and fans will rally around those numbers in a way that just doesn't happen in other series.  For instance, just last year, NASCAR published a 70-year retrospective on the history of the #24 car.  You don't see that in most other car racing series, but for me, it feels just as natural as reading, after all these years, why so many of the greats wore that #10 jersey.

There's also a commonly-held perception of NASCAR being really boring.  An entry from Urban Dictionary describes NASCAR as, I quote, "Turning left in a Chevrolet for 4 hours."

And, I mean, I get why people would think that, because it's a sentiment that's shared by another of my favorite sports: cycling.  Having spent hundreds of hours watching Tour de France stages over a good decade or so of my life, I get it.  It's kind of like a Catch-22: if you don't watch enough cycling to understand why you'd want to watch that much cycling, then why wouldn't you just watch something else?  NASCAR is the same: if you come into it with the preconceived sense that it's never going to be interesting, then you're probably not going to see what's interesting about it, other than maybe a large pileup every now and again.

But that's kind of like watching a game of chess and remarking "I don't see why it's so interesting to see people move pieces of plastic around a board."  Or "I don't see why someone would bake when it's just putting flour into an oven."  The unilateral focus on the most superficial aspects of the race makes it easy to miss the skill, the strategy, and the luck that actually makes it fun to watch and to participate.

But walking around the race in person brought me back to so many of those details.  Race strategy is always a crucial aspect, and I happened to notice a spotter for one of the teams keeping an eye on turn 1 of the course…

Pit stop strategy is also a huge piece of the puzzle.  How many laps can a tire last?  How do you decide between putting an extra lap or two on a set of tires (which can help with race position as other competitors pit earlier), versus being able to run those two laps faster on a fresh set of tires?

It's one thing to know that it happens, but it's something different to see the details of it right in front of you.  The TV broadcasts show the pitstops, but they usually cut away from the strategic analysis (of tire temperatures and remaining rubber thickness, in this case) that happens right after the tires come off the car.

Plus, the details can matter.  The more bodywork you remove as part of the repair, the slower the car will be, the less downforce and grip it might have, and the more asymmetric the handling will become.  But leaving flapping bodywork in place has the potential to cause tire punctures, which will slow you way down at best, and might even end your race.

It's a thrill to see teams improvise the answers to those and so many other questions every time the car stops in the pit box.

And that's not even to mention the time-honored tradition of teams hunting for corner cases in the rulebook that will give them an extra advantage.

As a child of the 90's, Jeff Gordon and his technicolor DuPont-sponsored car were fixtures of my childhood.  It still feels surreal that 22 years after his first race in the #24, Jeff Gordon would finish second at the first NASCAR race I attended in person.  Sooner or later, though, it comes time to move on.  Every homecoming ends.

But seeing someone at that same age, still wearing that same number, reminded me that homecomings aren't just about looking back.  They're also about witnessing the people who are still looking forward. 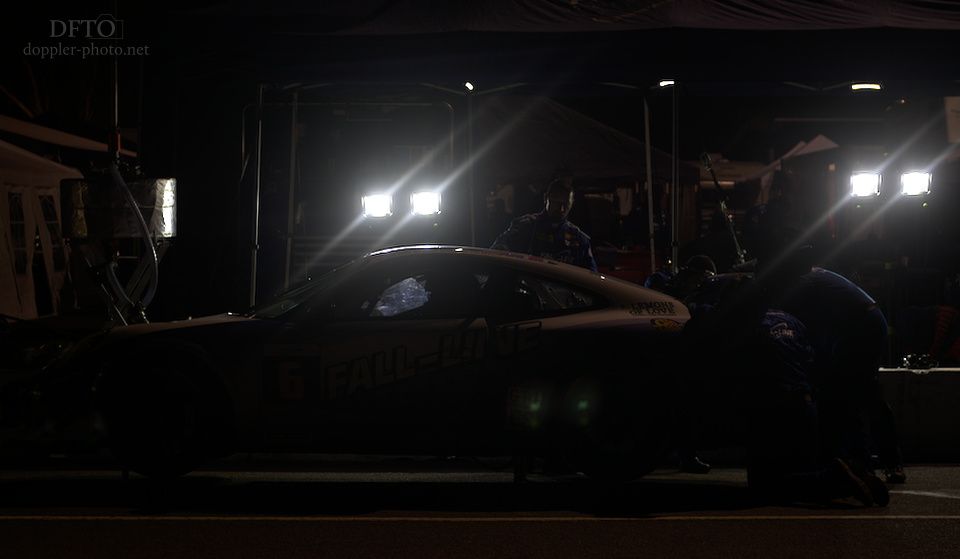