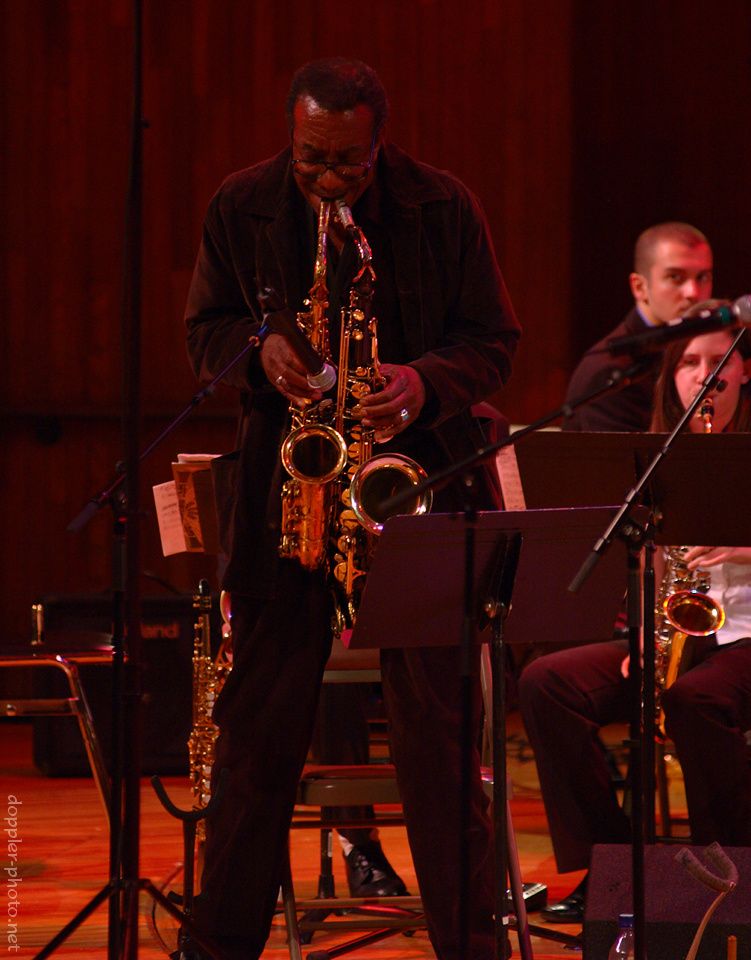 The MIT Festival Jazz Ensemble frequently featured guest performers at their concerts.  The Nov 18, 2006 concert, entitled "Saxophrenia and Other Benign Maladies," was no exception: it featured guest director Mark S. Harvey (also an MIT lecturer), as well as saxophone soloist Arni Cheatham.  I only just discovered that the two had played together in the Aardvark Jazz Orchestra, which is directed by Harvey.

Anyway, fast-forward to the end of the concert.  The final song was "Movin' On," a piece composed by Harvey.  People were trading solos left and right, and the energy was building as the close of the concert drew near.  Finally, Cheatham stood up for a solo with saxes in both hands.  I could hardly believe my eyes.  And from chatting with pianist Matthew J. Rosario (right, rear) afterward, it was apparently a surprise to the rest of the players as well.