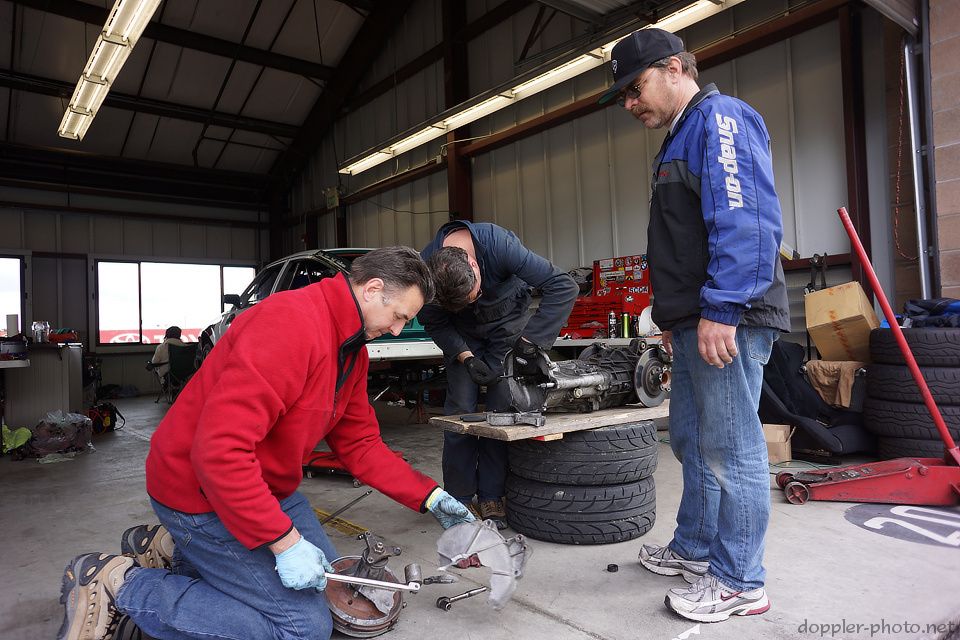 This past weekend was the 24 Hours of LeMons "Sears Pointless" race, held at the-track-formerly-and-sometimes-still-known-as Sears Point.  I went up on Sunday, after Saturday's maelstrom had abated, and took some pictures.  This post is just a teaser; more photos to come as I get through them.

Above, members of Team California Mille disassemble shattered parts after the clutch plate on their Alfa Romeo GTV-6 exploded, leaving their bell housing and other parts of their transmission casing in pieces.  Judging by the official timesheet, their car (#34) got back on the track after a 3½-hour delay, finally finishing in position 130 after completing a total of 147 laps.