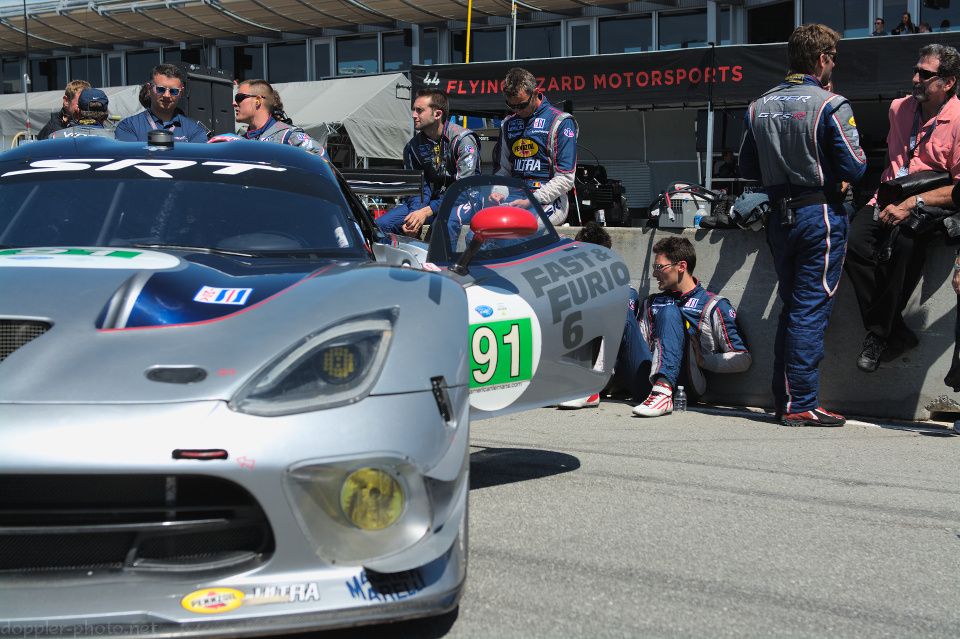 One of the two SRT Viper teams waits for the race to begin at this weekend's American Le Mans Series competition at Mazda Laguna Seca Raceway.  2013 is the final year that ALMS will exist in its current form; for the 2014 season, they join forces with the Grand-Am Rolex SportsCar Series to form the United SportsCar Racing series.  Current plans are that most classes will remain, although the LMP1 class has already gotten the axe.  More photos to come from this year's ALMS Laguna Seca.