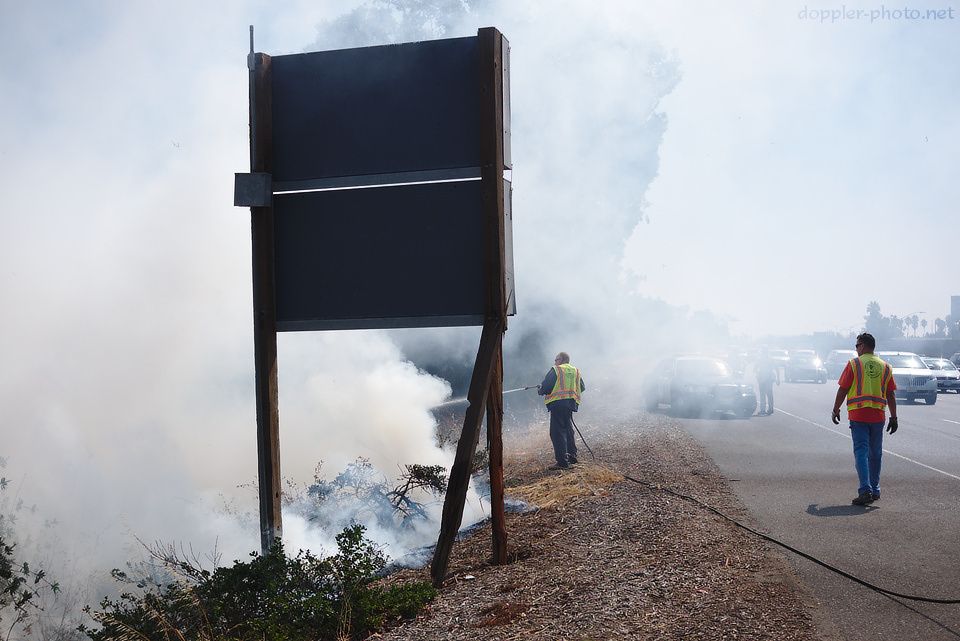 I was driving northbound on US-101 when I saw smoke emanating from something burning in the distance.  As I approached, I realized it was an untended brush fire, burning the vegetation on the side of the road.  I stopped.  The easiest way to keep a small fire from turning into a big fire is to take care of it when it's still small.  So I dialed 9-1-1.

I dialed again.  Busy signal.  That was when my hands started to shake.

To be sure, I have panicked before.  I panicked when the ceiling of my dorm collapsed under a flood of hot water.  And then I dialed the emergency number that was listed on my room phone, and then I got out.  But it's different when you're panicking, and the obvious next step turns into a dead end, and suddenly you have to figure out what you're gonna do about it.  The adrenaline clouds your thinking either way, but the reason that 9-1-1 is repeated everywhere, all the time, is so that you don't need to think; you just do.  That was no longer an option.

So, okay.  Calm down.  Think.  What do we do?  Fire extinguisher?  No, way too big for a fire extinguisher.  I don't have one anyway.  It looks like it's not really moving very fast.  I guess we just sit and wait…

After what was likely under a minute, though my perception of time was completely unreliable by that point, another motorist stopped, and I got him to call.  Emergency services were already on their way.  He took off, and a little bit later, a Foster City water truck showed up, followed in short order by a CHP squad car.

*Phew*.  I took a couple pictures and left.