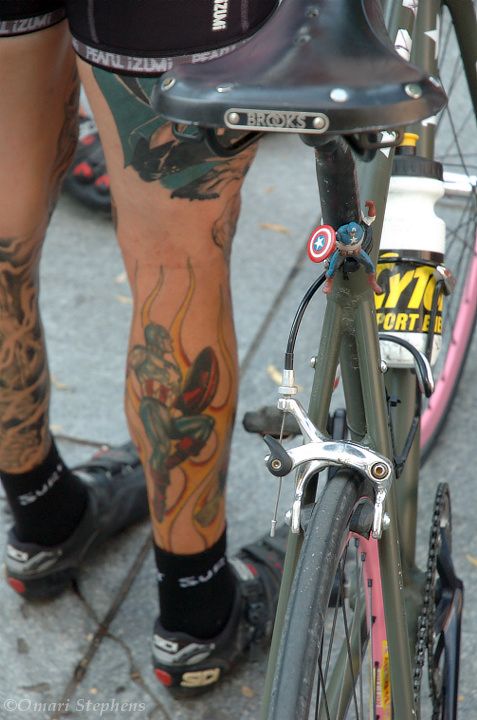 Well, I'm back from my break in posting, though I'm not sure what sort of posting rate I'll settle in at.  I shot this photo at the arrival (in Boston) of a group of cyclists who were riding across the country on fixed-gears to raise awareness of, and to raise money to fund the research of, histiocytosis (see relevant blogs here, here, and here).