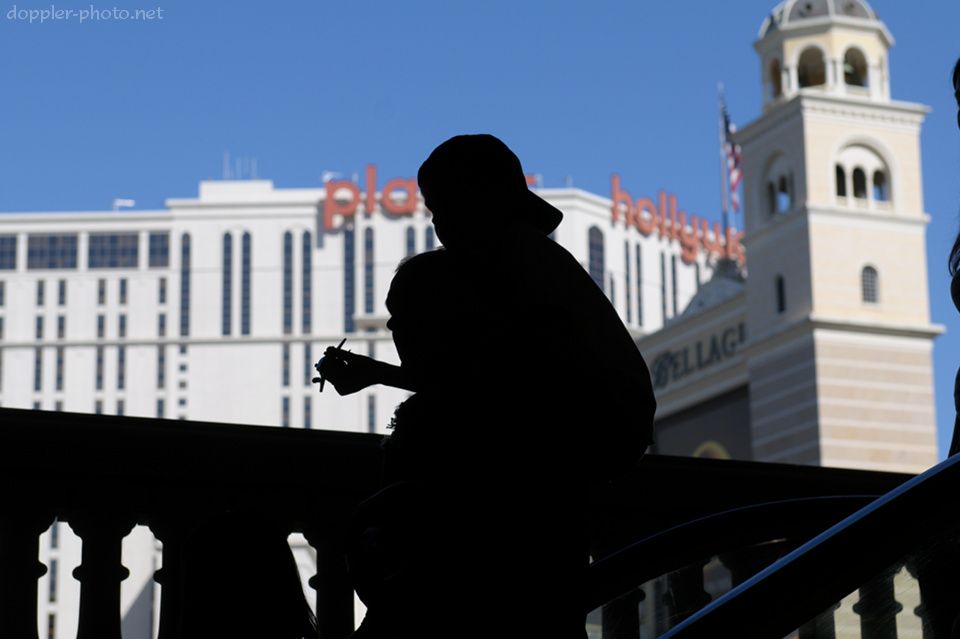 Las Vegas is a city in a desert.  The midday sun beats down through a cloudless sky, but the harsh shadows can make for interesting silhouettes.

Also, apologies for the posting delay.  Blogger had some issues between yesterday and today.

A boy holding a model plane sits on his father's shoulders as the two head down an escalator in the direction of the Bellagio hotel.

A waitress walks outside at the PBR Rock Bar and Grill, where we had lunch on Thursday. 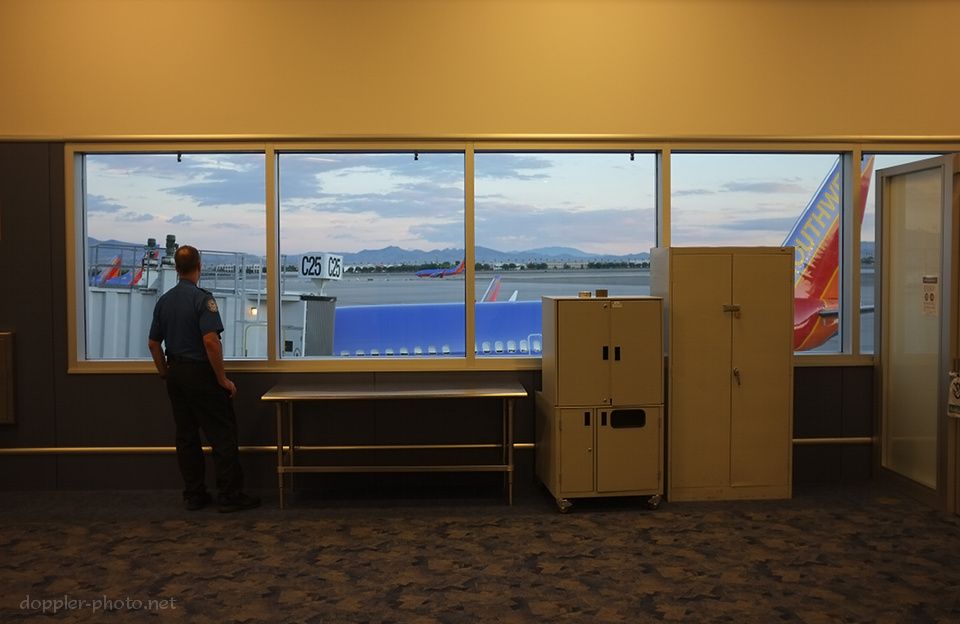 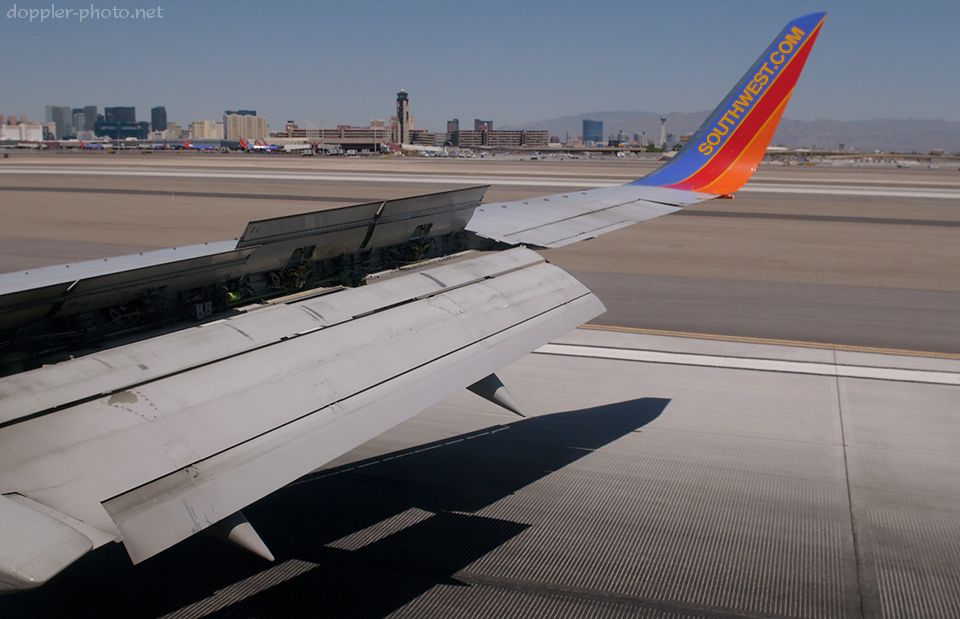