Autocross was on my mind pretty frequently this past month.  For one, I did my first ever autocross with the Porsche Club of America (PCA) (or any other club than the GGCBMWCCA, for that matter).  Beyond that, when I went to the BMW autocross a week after the PCA one, I had 5-cars'-worth of company.  Huzzah!

Unfortunately since there were only two run groups (as opposed to 3/4 for BMWCCA), I didn't get an opportunity to take photos of anyone driving.

People!  After a couple months of prodding, I finally got my friend Shannon (center, white/orange) to come along, and she organized a group of folks.  These are 4 of the 5 cars'-worth of people (one had to leave early).

I was surprised at how different an experience it was to show up with a group — suddenly it mattered which run groups people were in and who was working when.  We drove down to Marina in a caravan as well, which was a big change from my usual routine of rolling out of bed let and hoping I got there on time. 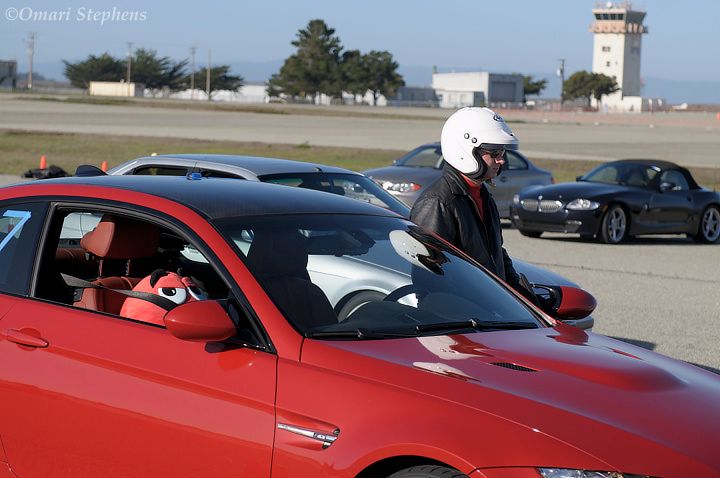