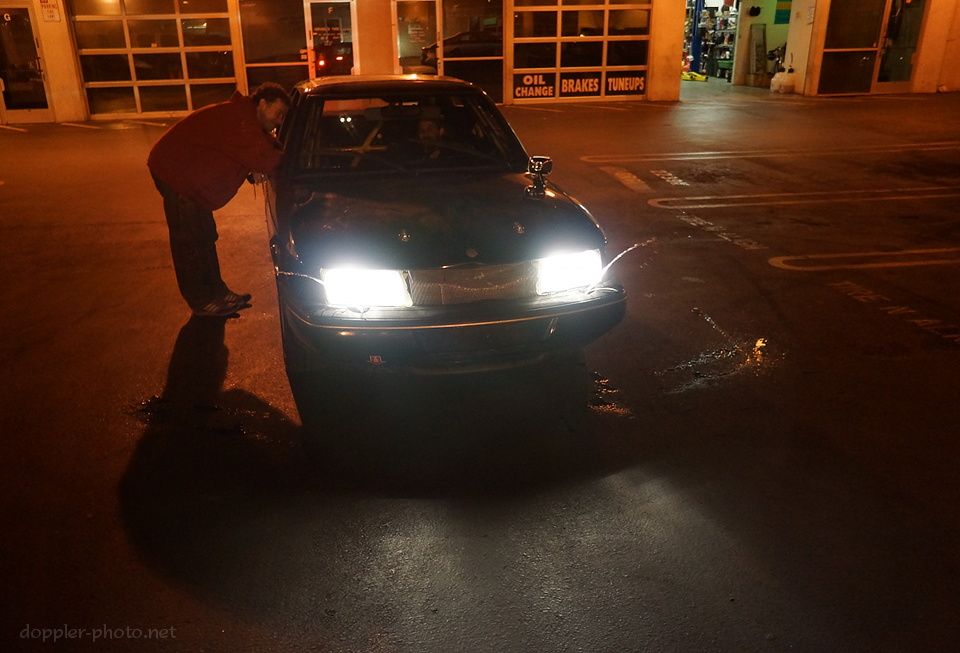 Our team has two cars for the 24 Hours of LeMons.  The first is the Miata (seen here actually finishing a race).  The second is a 1997 Saab 900 Turbo, officially and affectionately known as "Saab Story," in deference to the beleaguered state of its marque.  And to a lot of other things, really.  Anyway, with our experiences at the Saab's first race, the name certainly "rang" true, so to speak (don't worry, you'll get it later).

The car is seen above, demonstrating its unique ability to cry anime-style tears on command.

So, during our first race, the car didn't really finish any laps other than the parade lap.  There were obvious engine problems, but the nature of the problems became a lot clearer once we pulled off the oil pan.

Hint: this is not how a rod bearing is supposed to look.  Our theory was that something caused oil starvation, and the number-one bearing overheated and managed to extrude itself between the sides of the crankshaft and the sides of the piston rod.

Whence oil starvation?  Well, let me explain it with a short anecdote:
Verizon guy: "Can you hear me now?"
Other side: "No, I've inexplicably dropped my SIM card into some dude's engine."

Or, at least, that's kind of how I imagine the conversation going.  Really, though, I don't think any of has any idea how or why this SIM card ended up inside of our engine, but the pieces helped block our oil pickup, at which point our race was pretty much done.  Just like Saab, actually…