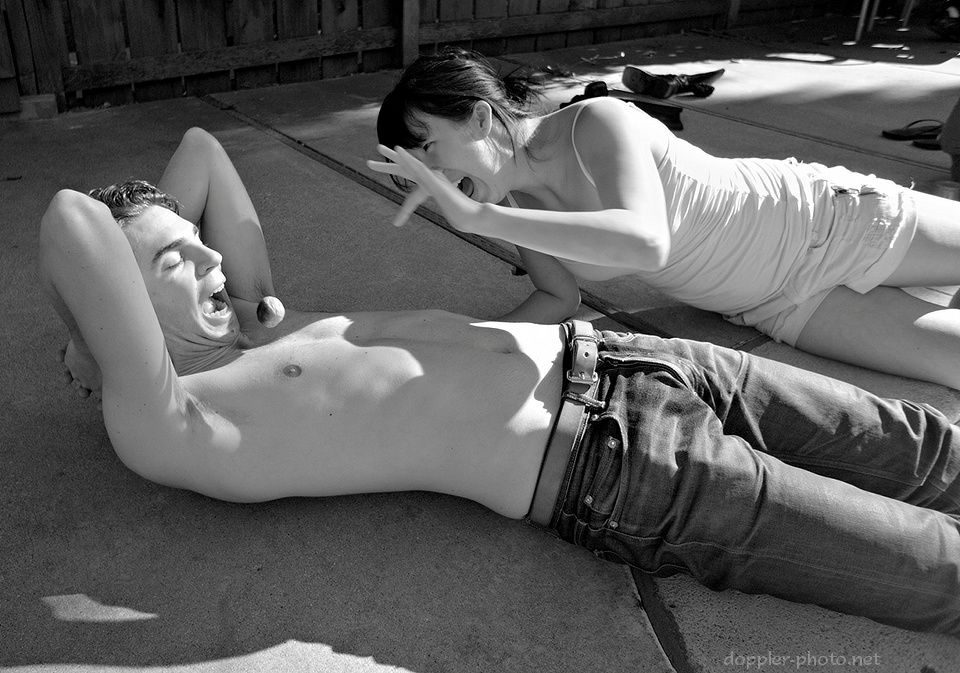 My friend Matt (the one with the huge torque wrench) had a birthday party a few weeks ago.  To celebrate, he had a pool party cook-out, featuring chips, the most delicious salsa ever, burgers, and the same tiny potatoes that ended up on fire at the race garage barbecue.

Say hi to Randy and Mo.  Randy has surprising quantities of patience and mechanical aptitude.  And insofar as "eating things" is a skill, he's pretty good at that also.  In this case, Mo tried to flick the tiny potato from Randy's abdomen into his mouth.  It looked like a good shot, but ended up not being quite on target.

My only decent picture of the birthday boy was this one, where he used the salt grinder to make it rain.  I ended up not shooting too much because I was far too busy convincing people to do handstands.  In case y'all are wondering, handstands are the best thing ever!

This was a quiet moment between Ben and Sharon.  Prior to this, Ben had shown me up in the handstand department, which was kind of awesome.