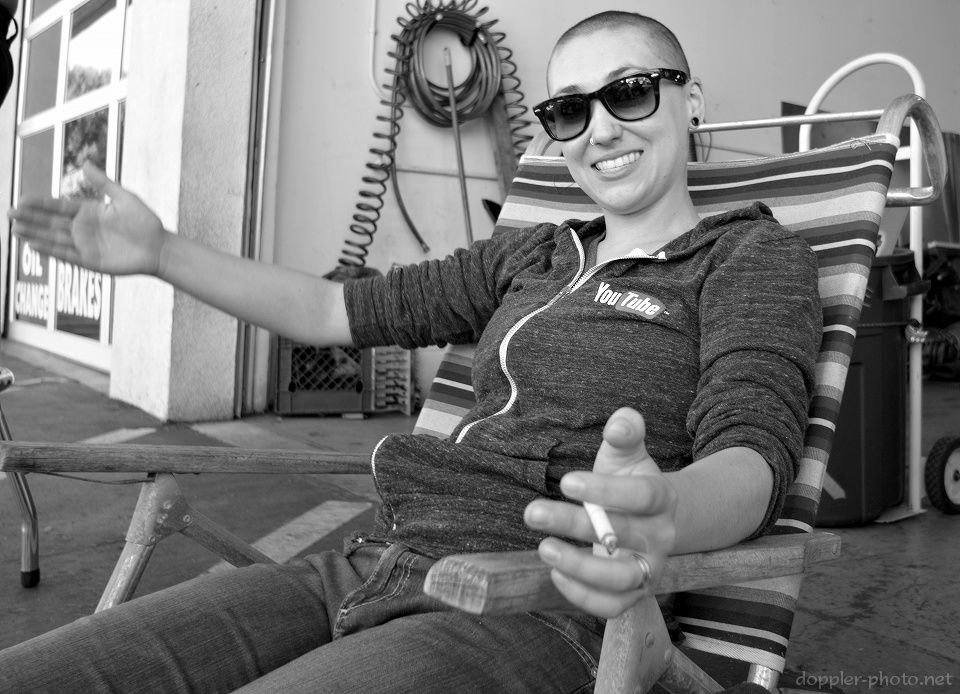 Our race shop had a barbecue a few weeks ago, and I took some photos.  This is my friend Alex.  She was in the middle of telling a story about concerts in France, or maybe it was another story, but she's a really charismatic storyteller, and I managed to grab a shot while she had this great expression.

Calista (right) is one of the drivers for the Miata.  Her boyfriend was trying to re-assemble a multi-loop ring for her, which she was trying to grab back before it came to an untimely demise.  In a feat worthy of at least a couple brownie points, a few moments later, he returned her ring fully reassembled.

Matt doesn't drive for us, but he knows how to fix everything.  He also makes me feel self-conscious about the size of my torque wrench.

Anyway, apparently his secret power is the ability to remove flaming potatoes from hot coals with nothing but a dinner fork.  The aluminum foil is still kind of on fire…