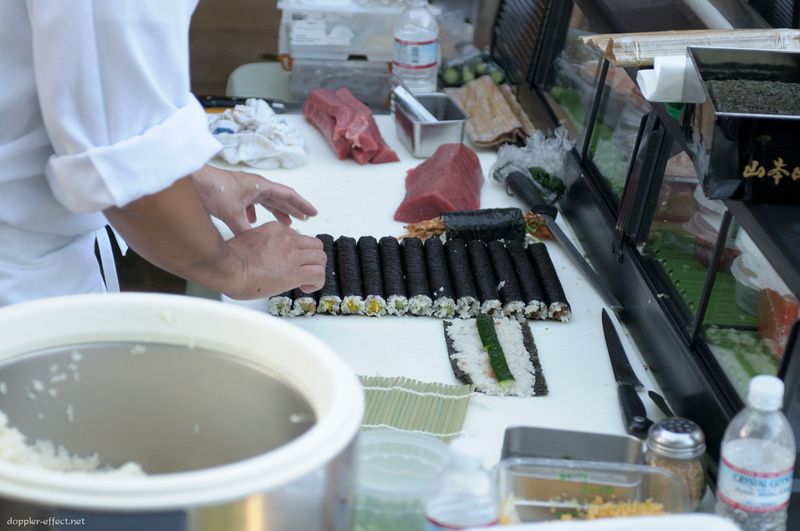 A caterer from Jin Sho, a restaurant which specializes in Japanese cuisine, prepares a number of sushi rolls during an event this past Friday evening.

The experimentation continues.  Over the past few months, I've been uploading photos (sometimes a couple per week) to Twitter and Facebook.  I've decided to also post them here on my blog.  The title for each discussionless photo post will be prefixed with "PAW:", in honor of the "Photo-A-Week" assignments from the Documentary Photography and Photojournalism class at MIT.  The post will generally consist of just a photo with or without a caption.

Also, since a number of people seem to have enjoyed it, here's the prior photo, "Handstand", which I shot a couple nights ago from the parking lot next to my building at work.