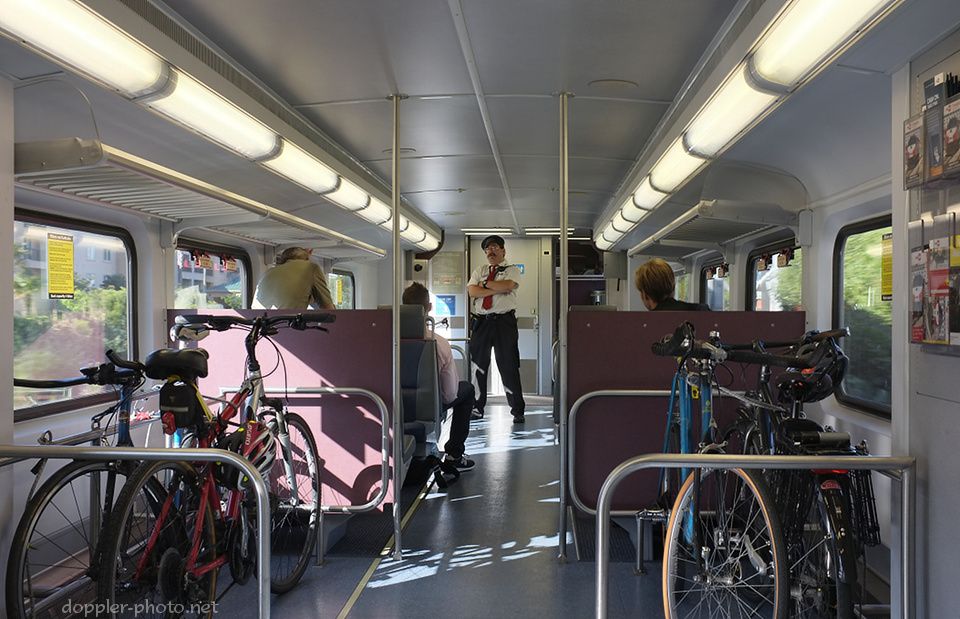 This is Conductor Dangerous BoB, and he's quite the character.  I first took actual notice of him as I was sitting in the bike car and I overheard him telling stories about the history of the train industry in the Bay Area, at which point I moved closer to get a better listen.

As with anyone who's been in a given field for awhile, BoB has lots of stories, and he'll share them in rapid-fire fashion if he's got an audience.  In the span of a few Caltrain stops, we heard a breadth of knowledge spanning from how in the height of the industry, some trains used to go through 10 switches apiece; to what a terrifying experience it is to be hooked up to two Caltrain engines at 100mph; all the way to how much of a pain it can be to deal with the W32.Blaster computer worm.

I made a point to give him my card (and he gave me his) before getting off the train, which is when he mentioned that he had also spent some time in the film industry, and that his nickname "Dangerous BoB" came from Stephen Spielberg himself.  From his IMDB page, he's listed as an assistant property manager for the original Back to the Future, as well as Parts II and III.  It's always fun to meet interesting people.