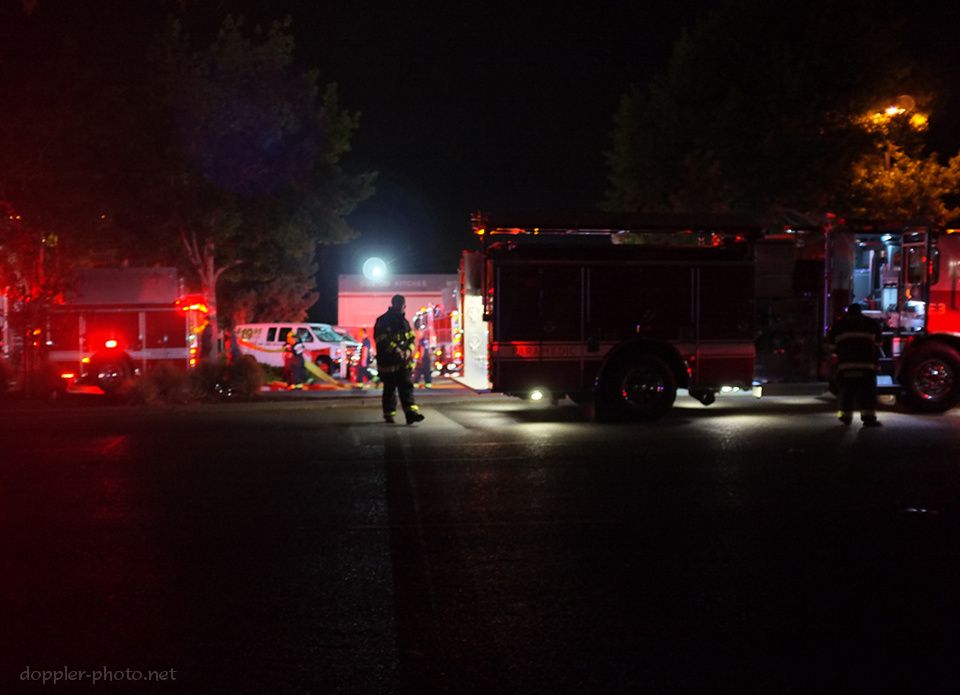 On the way home, I noticed a concentrated collection of emergency vehicle lights the other way down a turn.  Ever the curious one, I looped back and stopped nearby to see what was going on.  Apparently there was a large fire at the UHaul and/or America's Tire at the intersection of 237/Grant and El Camino Real.  I counted at least 4 or 5 engines at the scene.

A police officer I quickly spoke with mentioned that they had evacuated one or two nearby hotels, so they must've been worried about the fire spreading at some point; but by the time I showed up, some engines were already getting ready to leave, and it appeared as though the situation was already well in hand.