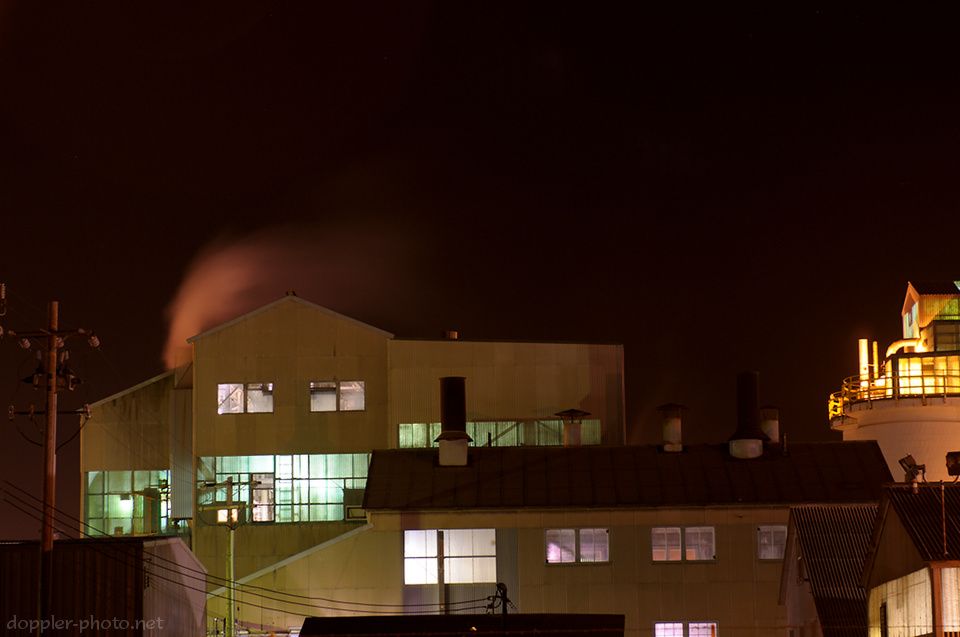 While dropping off a print of "Mondrian Salt Flats" for framing at Bay Frames, the framer I spoke with mentioned the presence of some interesting-looking buildings in the area that were owned/run by one of the large salt companies.  I wrote down some turn-by-turn directions, with the intent of following them at some point in the future.

I felt a bit restless last night, so a friend and I decided to go scouting.  In the middle of the night, the buildings looked surreal, and an intermittent source of steam gave the buildings a somewhat ominous appearance.

When it Rains it Pours.  This place would look great in the rain.

There were a couple trucks and trailers parked all around the complex, and while it was generally quiet, there was still enough intermittent traffic to show that the place was alive, even at night.