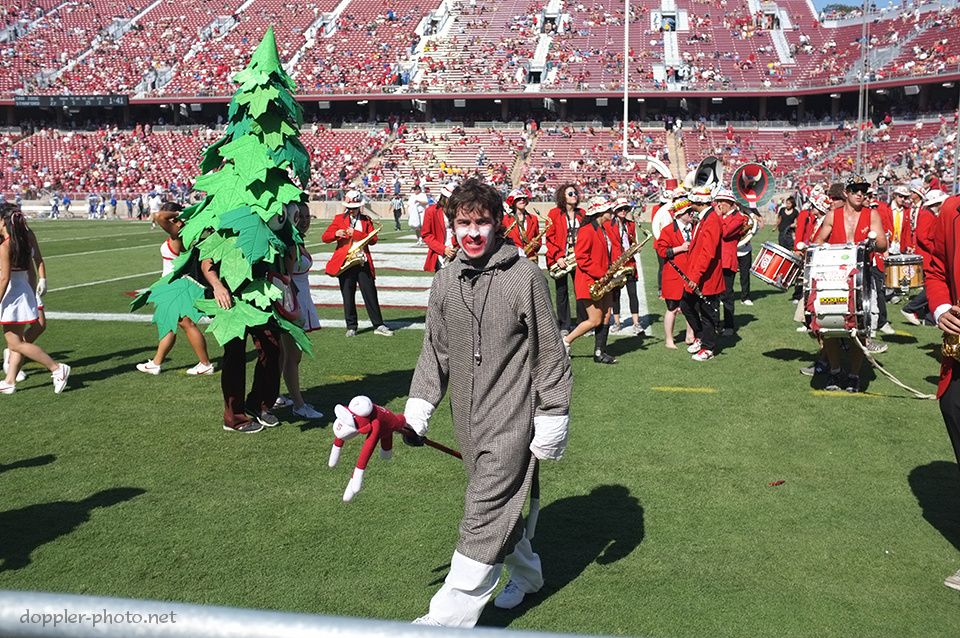 After 3 years in the Bay Area, I finally made it to my first Stanford football game this past Saturday, during which The Cardinal dominated the San Jose State Spartans in a 57-3 rout.

I moved down to the side of the field during halftime, and managed to catch this photo of the costumed drum major leading the rest of the marching band back to the stands for the beginning of the second half.