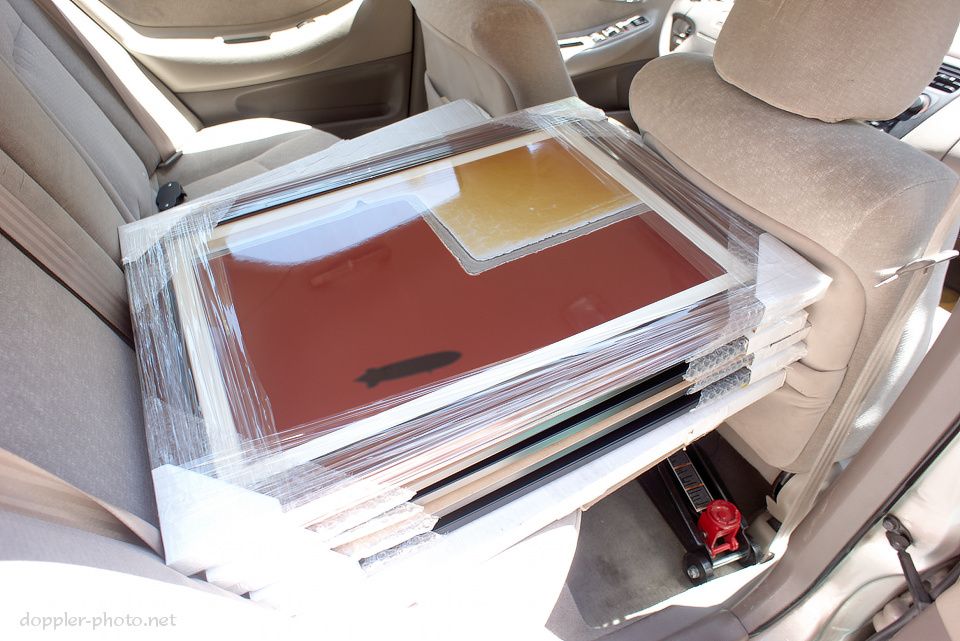 What's better than getting a beautiful print?  How about getting that sucker custom-framed?  This is a version of “Mondrian Salt Flats” that I just had done for the 2012 Kellicutt International Photo Show.  I'm honored to have had that photo selected as one of the 45 finalists in the competition (from over 1000 submissions, I hear), and the last round of judging will be of the physical works, which will be hanging at the Coastal Arts League Gallery & Museum in Half Moon Bay.

I'm really excited about this print.  It's on glossy paper, and my friends over at Bay Frames mounted it behind anti-reflective museum glass, which lets the vibrancy of the print really shine through.  The moulding is the same as I used for the first framed version of the print; it's a nice, deep cherry color that fades to black as it reaches the mat.  It complements the colors of the salt ponds perfectly.  The image will certainly be up against some stiff competition, but I can't wait to hear what the judges think of it.

Some of you may recognize this as the same image that was selected for the Pictory Magazine's “Infrastructure” feature.  Here's the story behind the image:
Viewed from “Eureka,” the largest airship in the world, the vibrantly-colored Cargill Salt Flats of Redwood City, California present a Mondrian-esque scene. After over a century of salt production, Cargill Salt announced plans in 2006 to decommission the flats. Now, six years later, debate continues to simmer over the future of the 1433-acre plot: many environmentalists want it to be restored as bay wetlands, while Cargill hopes to develop housing for 30,000 residents.