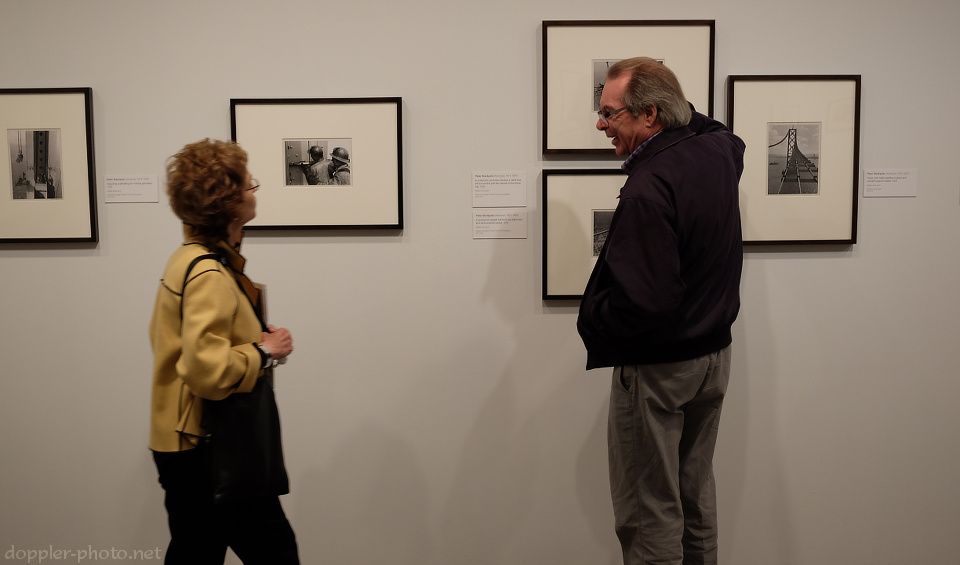 I was chatting with another photographer, who mentioned "I'd shoot more street pictures of people if I could get over the intimidating/scary part."  I hear this reasonably frequently, and as someone who's spent a bit over a decade taking photos of people, I figured I could offer a perspective on how I go about it.

Knowing that you have limits, and knowing what they are, is a big step toward being comfortable operating within those limits.

For myself, I basically never ask before taking people's pictures, simply because I strive to capture them in a natural state.  It's definitely possible to do that after asking, but it generally takes a lot longer, and my photography is driven by the fleeting moments that I notice.

Another key is that you can't be ashamed of or intimidated by taking a person's picture.  It's like if you're walking on the sidewalk and some random guy is walking towards you.  You two cross, and then you just walk past him, and you generally don't even think of reading anything into his behavior.  Maybe he glances at you.  Maybe he pauses.  It doesn't matter; it's a sidewalk.  Of course people are going to walk past each other.

Next, it's the President walking toward you.  Suddenly everything changes, right?  You start to doubt yourself.  "Maybe I'm taking up too much room.  Maybe I should just scoot over so he can pass and then I'll keep walking on the sidewalk.  Oh no, did he just glare at me?  Maybe I am taking up too much room.  Maybe I should walk on the other side of the street to give him some room; doesn't he usually have the secret service with him?"  A lot of times, I think that sense of "oh no, I can't do this" is just the same kind of self-perpetuating self-doubt.

The real key here is that the difference between walking past a random guy and walking past Obama isn't him, it's you.  It's the doubt in your mind about whether what you're doing is okay, and about whether you need to change your behavior to accommodate the other person.  Making an explicit, conscious decision beforehand about what is okay and what is not can help to prevent that spiral before it begins.  There will always be questionable cases, but there's a big difference between running into a questionable case once in awhile, and having questions every time you point a camera at a person.

Case in point: I took the picture above while walking behind some people in downtown Palo Alto on a Friday night.  Were they friends?  Acquaintances?  Strangers?  The judgment that I've made for myself is that it doesn't really matter.  Sometimes you're on a sidewalk, and someone else is on a sidewalk, and then you take a picture of them.

I mean, I'm here, I've got this camera, and I'm taking pictures.  I love taking candid pictures of people, and that's what I do.  If someone spots me taking their picture, then yes, they spotted me taking their picture.  I smile at them and go back to what I was doing (or maybe I smile at them and wait for them to go back to what they were doing).  But I try to treat it like the sidewalk situation.  If the other person notices that I'm walking on the sidewalk, I'm going to keep walking on that sidewalk.  If the person notices me taking pictures, I'm going to keep taking pictures.