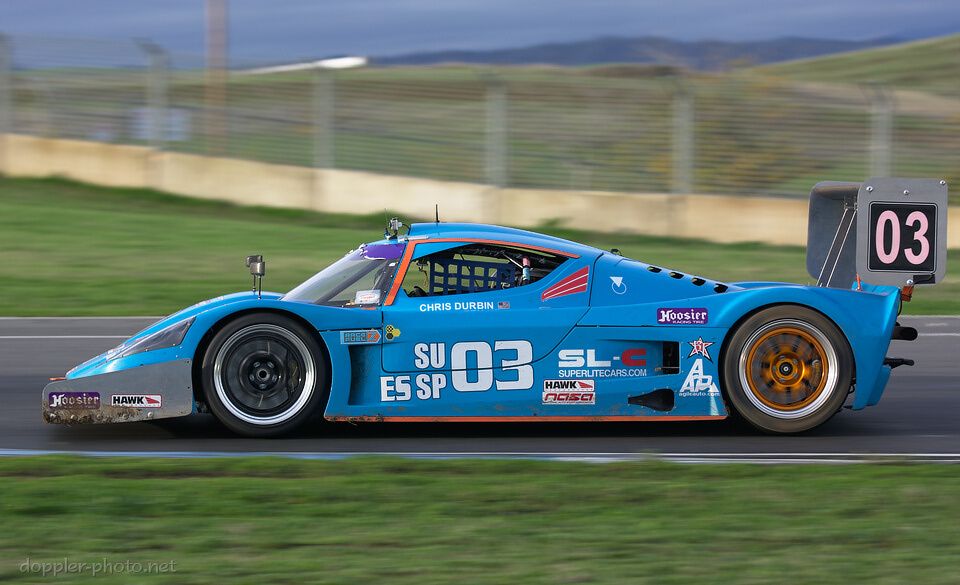 (Note: this post follows "On-Track Prep" in the Rhythm of Racing series.)

What happens after the green flag flies is a series of balancing acts.  When all's said and done, performance is judged by the vehicle positions as the checkered flag waves, 25 hours after the start.  In between, you have to pace yourself.

So the challenge is to strike a dynamic balance — a strategy that takes into account the state of the race at any point in time — and to find a way to be ahead of your competitors at the finish line.

An ideal race (a "clean" race) has two states: racing and pit stops.  Ideally, you avoid all contact (either hitting other vehicles or being hit), the drivers make no mistakes, every pit stop runs perfectly with no mistakes, and the car itself is fast and perfectly reliable.

Of course, that ideal is mostly a fairytale, and particularly so during overnight endurance races.  Driver fatigue and crew fatigue lead to mistakes of all varieties and of all levels of severity.  Spill fuel on the track during a pit stop?  That's an unplanned stop for a penalty.  Driver is distracted and misses the braking point?  Maybe the car ends up off-track with damaged bodywork.  Everything running fine, but your alternator kicks the bucket?  Even the Mazda diesels can't run overnight without lights.

So the name of the game is to manage those risks, which is another balancing act.  Pit stops need to be well-choreographed.  Functions need to be slightly redundant.  Each individual needs to have responsibilities, but if they have too many responsibilities — if their head is in too many places at once — that's a recipe for mistakes.  People end up needing to check each others' work, because it's a lot easier for one person to make an error, especially when they've been on the grind for 12 hours already, than it is for another person to overlook that same error.

And the most common form of redundancy is the checklist.  Run through it in order, add a checkmark when any task is done, and erase after the car is back on track.

Did the driver complain about a funky vibration that's not bad enough to take an unplanned stop?  Add it to the checklist.  Shift knob getting loose?  Checklist.  Motorsports can include a whole host of unexpected distractions (such as if a friend's car is involved in a serious incident), and those kinds of surprises can cause you to overlook an "obvious" issue that you were supposed to check.  Checklists don't forget.

Okay, so you've made it through the night.  You met the brilliant red tones of a Thunderhill dawn and you're still on track, still turning laps, still in the race.  The overnight stretch is particularly dangerous because of reduced visibility, and the early morning is equally dangerous, when the sun hangs low above the horizon, shining directly into the drivers' eyes at points around the track.  2014 was the second year running that a car has raced full-speed into a stopped vehicle under cover of darkness.

But you made it.  Well done.  I have to imagine that surviving the night and seeing the sun shine again is an amazing feeling.  But there's still a long way to go.  You and your co-drivers haven't gotten much sleep, and it's still a good four hours until the checker.  Anything can happen.

…and you've got to be prepared for when it does.  Put yourself in this situation.  Twenty-four grueling hours down, just one hour to go.  You're running second place overall in the race, and you've got a 10+-lap lead on third place.  That was the situation when the #00 Award Motorsports / Ehret Family Winery car came in for a routine pit stop, which would be their last of the race.  Fuel, tires, driver swap, and then the checkered flag.

But surprises can happen even when it feels like you're out of danger.  When it feels like you've already beaten the beast.  During the pit stop, a piece of worn-off rubber caught fire under the car (probably after falling onto the hot brake rotor).  At the precise moment when the fire was slowly starting to build, the final driver was still stopped, adjusting his rear-view mirror, and completely unaware that anything was amiss.

At this point, remember: brake fluid is flammable.  Oil is flammable.  Gasoline is (obviously) flammable.  Heated rubbers (such as the seals and gaskets in the brake caliper and suspension components) are flammable. Though unlikely, there was the potential for the fire to become a big deal.  And any kinds of leaks, after 24 hours of hard racing, would increase the likelihood of the fire continuing to grow.  At under 2 minutes per lap, it only takes a 20-minute delay for the third-place team to make up that 10 lap difference and pass you.

But that's not how this one ends.  The crew was on the ball, and moments after I spotted the burning piece of rubber, a crew member grabbed a nearby extinguisher and doused the wheel.  The team would go on to take the second step on the podium. The full Rhythm of Racing sequence: