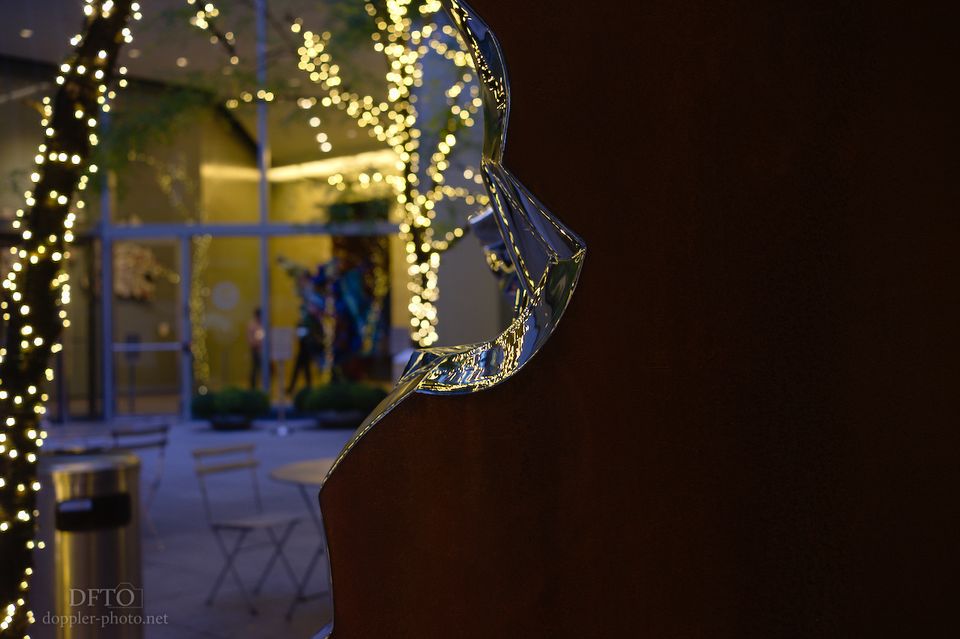 I originally discovered Jonathan Prince's sculptures on Instagram, a little over 2 years ago.  I was immediately drawn to them, but I knew that the experience would be deeper if I ever had a chance to see them in person.  It turns out, I didn't even know the half of it.

A few weeks ago, I finally had my chance to see The Shatter Series in context, and to make pictures of the installation.  And the experience led me towards so many unexpected questions — and a few answers — about the intersections of photography, physical art, truth, and beauty.

The first question came to mind the moment I approached the installation: What makes a good photograph of a sculpture?  How do you start with something wonderful, and use it to develop an offshoot (such as a photograph), that has its own traits?  Something that can be wonderful — or lackluster — in it's own right?

The impact of a piece of art is always responsive to the environment where that art exists. I love how clearly The Shatter Series embodies and represents that — you can't see the work without also seeing it's surroundings. And the connection between the environment and the appearance of the work is extraordinarily direct: as with any mirror, it doesn't even really make sense to imagine the sculpture without also imagining the environment.

For instance, the beauty of Cloud Gate (aka The Bean, in Chicago) isn't just it's shininess, right? It's beautiful because of how it warps the world around it, and how it invites us to consider… no… to revel in that distorted representation of the world we thought we knew.

When people follow the urge to take pictures at Cloud Gate, what they capture is rarely the sculpture itself. More frequently, what they try to capture is an otherworldly reflection that warps how they relate to the world around them — I'm big, and everything is small! I'm tiny and everything is huge! Look, there are two of me!

The Shatter Series pieces capture that same magic. They invite the viewer to see the world as a thousand facets, and to revel in three versions of the world where continuity itself is a game: distant things become close, and close things distant. Straight lines and geometric shapes become slanted, warped, twisted versions of their former selves.

Moreover, each new world presents a constellation of different juxtapositions.  Textures.  Shapes.  Scales.  Materials…  As one example, it's mind-boggling to me that shiny sections of the sculpture are smooth at the micro scale, but rough at the macro scale.  But the textured, oxidized sections are rough at the micro scale, but smooth at the macro scale.  They are so different, but at the same time, they're so much the same.

And more generally, I appreciate that the sculptures take awhile to digest.  That you can just sit with them for a spell, pay them no mind, and then be struck with a sudden epiphany an hour or two later.

At the end of the day, what I like most — love, really — about the Shatter Series pieces are the multitudes of ways that I see myself in them.

I, too, am composed of so many different facets, each pointed in a unique direction, but all part of a whole that is somehow both contradictory and coherent.

I, too, am a product of so much discipline and deliberate effort, but also so much spontaneity and joy. A confluence of design, coincidence, planning, and random chance.

I, too, sometimes present myself in a way that veils the parts of me that shine brightest, and instead only show a face that seems drab and ordinary, and that allows me to glide through the world unnoticed.

What I love most is how these pieces reflect, but also embody, my own struggle to represent the world around me in a way that is true to the original, but also beautiful in its own right.