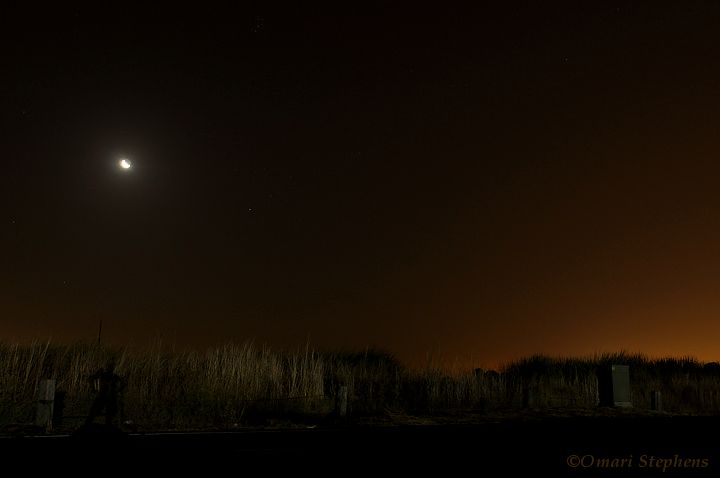 I was riding home from a friend's house along Bayshore Road (which runs parallel to 101, Bayshore Freeway) when I noticed that the moon was a stereotypical crescent shape.  I kept riding for a bit and ran into a short area where the tall grasses on the bay side of the road were lit by lights from across the freeway.  I stopped to take some photos and came up with this.

The lights were coming from directly behind me, so my shadow was well within the frame.  Since I hadn't done so in a while, I went ahead and played around with some self-portraits also.  It was fun trying to hold still for 10 seconds.  Anyway, the following is one that I came up with.

"Do not say, 'It is morning,' and dismiss it with a name of yesterday.  See it for the first time as a newborn child that has no name."
—Rabindranath Tagore