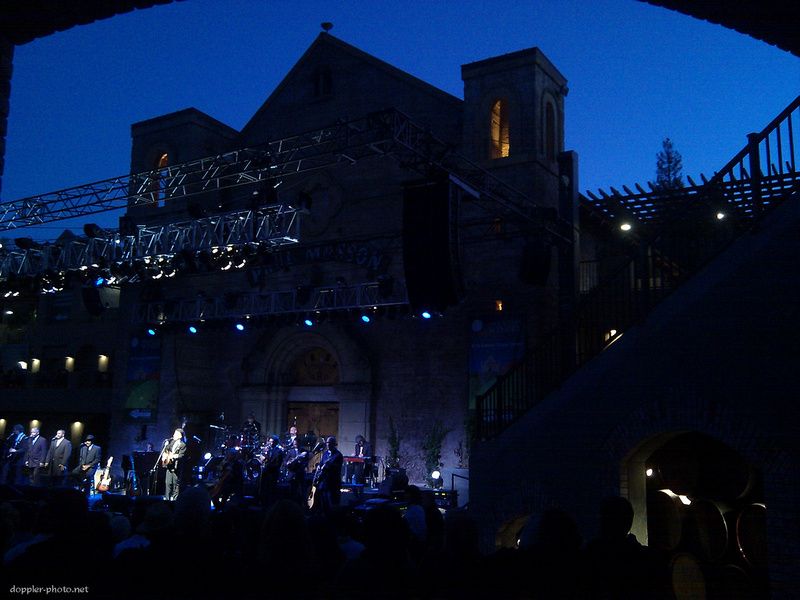 Lyle Lovett and his Large Band play a concert at Mountain Winery in Saratoga, CA on Thursday, July 22, 2010. The group played to a packed house, and went on to play an acoustic, unamplified second encore to a silent audience after the venue cut the mics promptly at 10:30 pm.

The Winery didn't allow SLRs, so I shot this with my Nexus One.