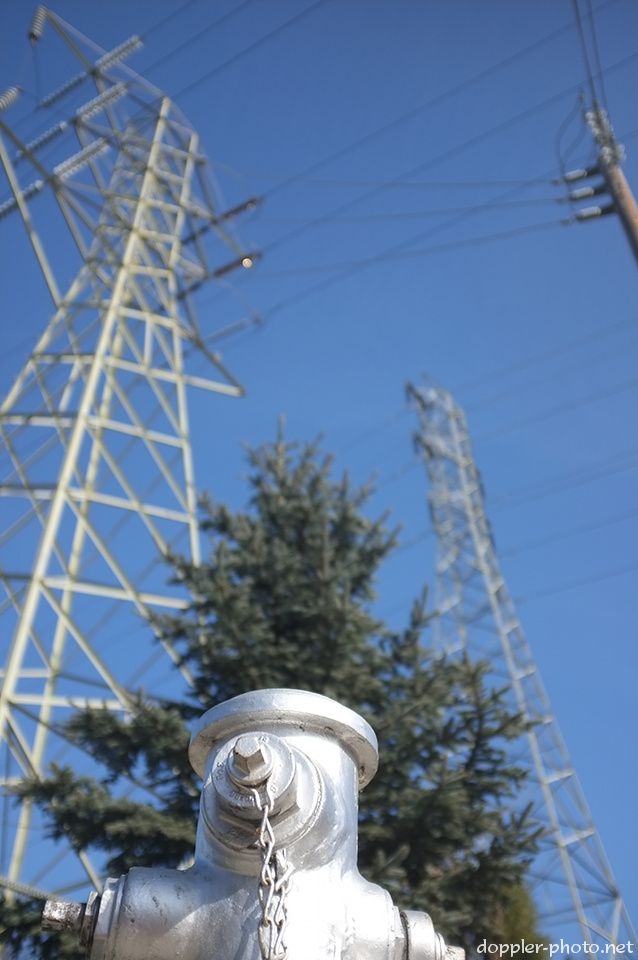 By early Saturday afternoon, the power lines were fixed and the Steven's Creek Trail was again open.  After poking around a bit, it occurred to me that the explosion must have resulted from an insulation/insulator failure somewhere — despite my initial inferences about the cause, there are no power transformers in the area, only power transmission lines.

Walking through the area where the fire had been, what struck me most wasn't its area as much as its volume.  At six feet tall, I was able to walk fully upright in the area that had once been completely filled with vegetation.  It's unclear how much of this was the work of the fire, and how much due to the cleanup efforts of the firefighters.

The floor of the area was six inches thick with the charred, pulverized remains of the trees and bushes that had caught fire.  Moreover, the fencing in the area was completely warped — likely owing to the heat of the fire.  In places, the charred bark of the trees had either fallen or been burned off, and the color contrast reminded me of severe burns to people.

What was more difficult to capture in a photo were the smell, the sound, and the feel of the area.  Most things remaining were charred, and you could smell it.  The surviving trees and bushes in the area still had charred bark where the fire had been.  The ground consisted mostly of black ashes, and with each step you sank an inch or two.  The sound of it wasn't quite as loud as a crunch; it was more like a muffled crackle.  Nearly every human sense elicited the thought of fire.