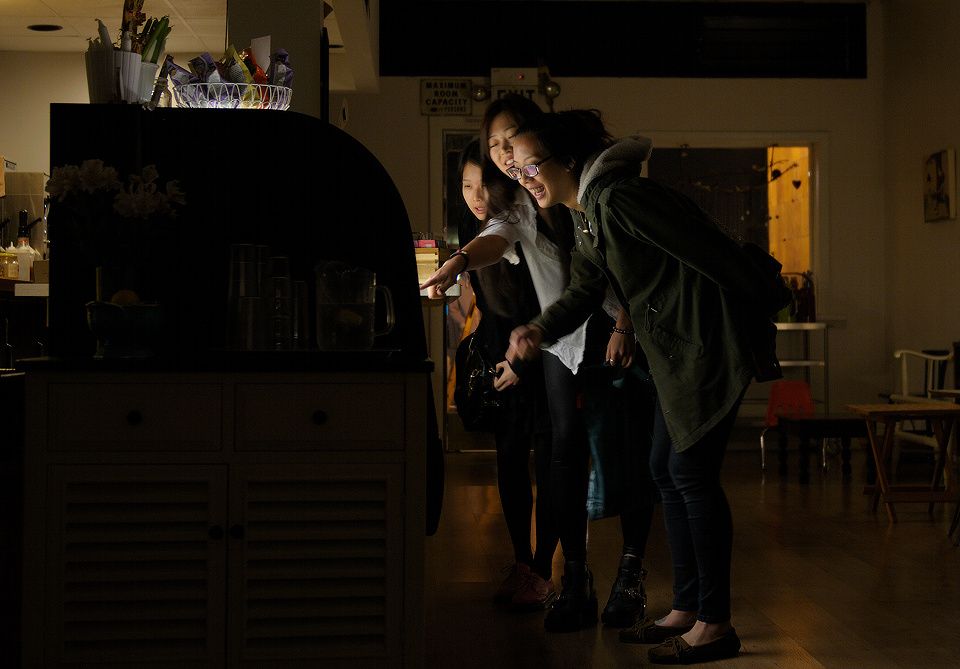 I went to the YakiniQ Cafe yesterday evening to hang out with a friend.  Near closing time, they switched to "romantic lighting," which is to say that they turned the ambient lights off, so that the main sources of light were appliances, wall sconces, and candles.

I had previously noticed the light emanating from this refrigerator, but once the ceiling lights went out, it became pretty magical.  Then these three ladies walked in and the scene was set.  Click.