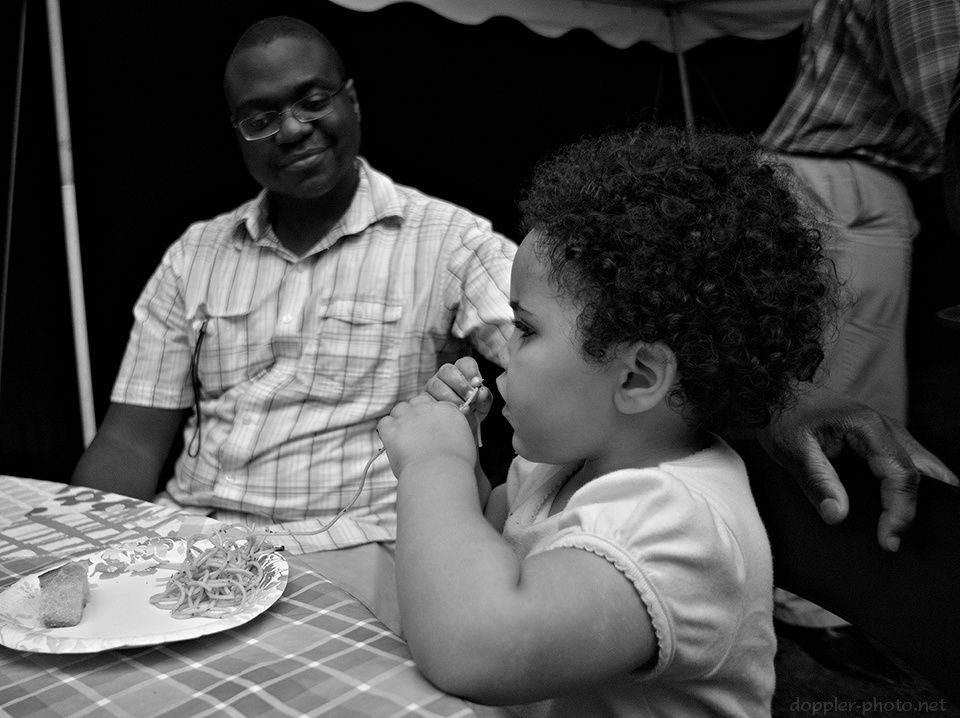 Phew!  Spent a week hanging out with family for a wedding, then took some time to focus on non-photography stuff.  Now back to the grind; so many shoots to catch up on, it's crazy.

That said, last week I got to spend some time with my awesome niece, Mary.  She's really good at walking and her fine motor skills are also in pretty good shape.  Moreover, she's already developing quite a personality.  Here, her dad looks on as she eats a tendril of spaghetti during dinner.

Like most kids, she's inquisitive and playful.  She had a camera that she would sometimes walk around with.  In the photo, she plays with it as she sits in her grandfather's lap.

She knows how to use the camera — I saw her take a photo — but she would sometimes alternate between looking at the camera's LCD and trying to look through the lens barrel.  You'll note that her left index finger is still poised above the shutter release.  At times, I've been known to do the same thing ;o)