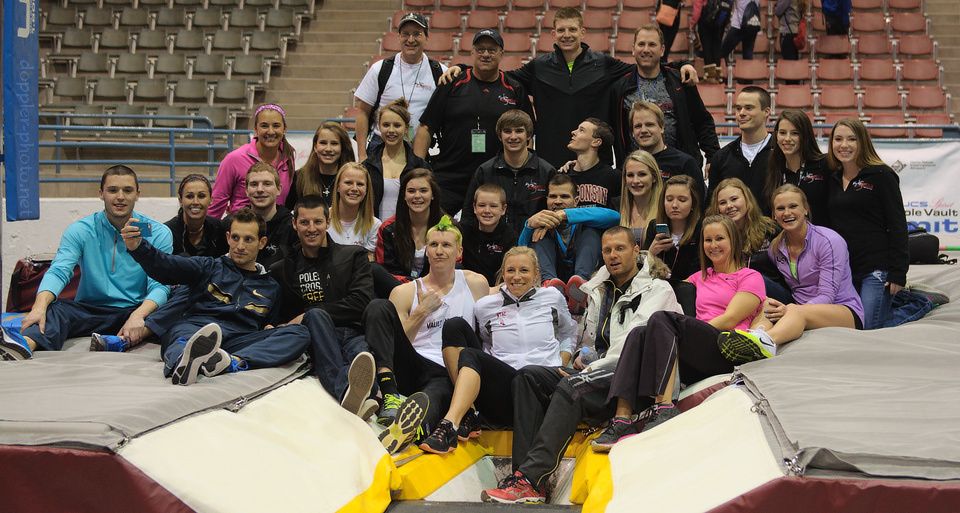 A variety of elite pole vaulters pose with members of the Flying Dragons Pole Vault Club at the 2014 National Pole Vault Summit, held in Sparks, NV.

This was my third year attending the Summit.  Just as in previous years, the event reinforced the notion that elite vaulters are normal people, just like the rest of us non-elites: they came from the same backgrounds, they've faced many of the same challenges, and they've made many of the same sacrifices.  It feels like the difference between us and them is a difference in magnitude, rather than a difference in nature — we all do the same kinds of things, but they turn it up to eleven.