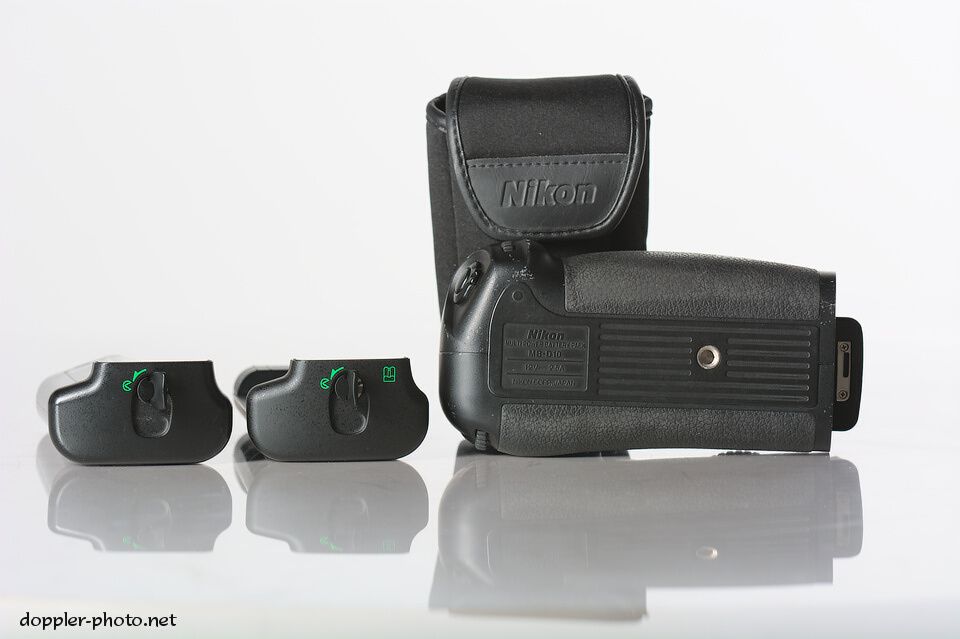 Recently, I embarked on an effort to sell all of the gear that's been gathering dust in my closet.  Everyone loves pictures, so my first step was to photograph all of the equipment.  I'm pretty pleased with how well everything turned out, especially given how little effort I put into the whole shoot.  Here are some things that went well, and some other things that I can improve next time around.

This was my general setup.  Lights are a pair of Elinchrom BX 500 Ri monolights.  I've got a beauty dish on the one to camera right, blowing out the background wall, and also giving some ambient fill and a nice rim-light effect.  And I've got a second one at camera left with a strip box mounted at some cockamamie angle.

I specifically went for the strip box because while I definitely needed some diffusion, I also wanted the light to be hard enough to elucidate the texture of the equipment.  I wanted to make it easier for a person to look at the image and imagine what it would be like to hold each piece in his/her hands.

As you can see, I got the reflections by just tossing a dirty piece of plexi onto a table and putting the gear on top of that.  I shot pretty long, generally in the 120mm (180mm-equiv) to 200mm (300mm-equiv) range, and I believe my subject distance was around 10 feet.  The subject was around 6 feet in front of the distant wall.    Mistakes

Thankfully, enough things went right that things worked out in the end.  A couple examples: