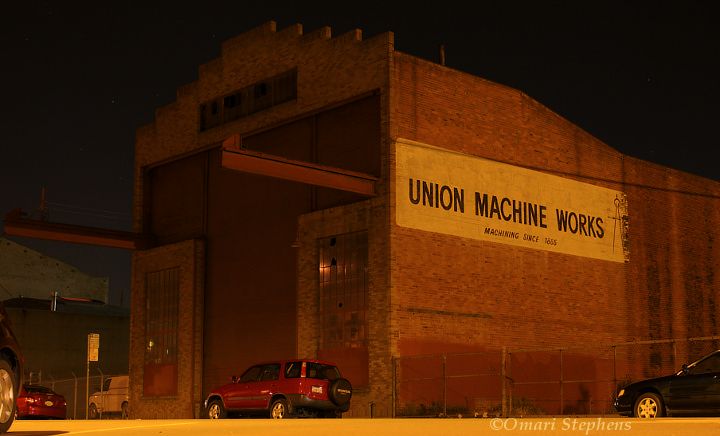 I like infrastructure.  I saw this awesome Gantry crane on the way to a Dizzy Balloon concert (which was extremely awesome, just like the one I wrote about).  On the way back to my car, I decided to stop and take a photo.

In addition to admiring other people's infrastructure, though, I enjoy building my own.  A few years back (early 2005, it seems), before there were other decent options, I started working on a photo gallery so I could share photos I shot with other people.

In 2006, I rewrote the gallery to be able to handle the volume of photos I sometimes shoot.  I used it frequently until I graduated last year, and then it languished.  But now it's back.  I can finally make good on the promise of sharing photos which didn't make the cut for the blog post (even if they were just as good as those that did); yay!  Without further ado, Iron Chef.

More months ago than I'd like to admit, Langton Labs held "bEATS: an Iron Chef and DJ remix challenge."  There's already a great writeup on the Langton Labs blog, so I'll only add random commentary.  The short of it, though, is that there was music, food, and a great deal of eating.

The three DJs had two hours to create their own remixes of the song "Old Fashioned Morphine", by Jolie Holland.  You can download and listen to the remixes here.  In the photo, benchun faces the camera and JSeigler (aka Shipwrek) works in the background.  Dr. Toast, the third DJ, is in other photos (yay!)

There were four teams of chefs.  One team worked in their own kitchen a couple blocks away, but were connected to Langton by webcam.

Here, Agil washes some eggplants, tomatoes, and asparagus for the Hairnet Banditos.  There were more teams than kitchen sinks, so Agil didn't limit himself to the kitchen.

Nick slices up some beets for the Stand Mixapps, the team that worked in their own space.  I really like the reflection.  Also, Mixapp seems pretty cool, and here's an obligatory webcomic.

Two chefs from The Lemonettes get down to business.  I like how the backlit steam came out in this one.

As a lover of wordplay, I greatly enjoyed this team's name.  Here, the Braisin' Bitches take the final preparatory steps before getting their food on the fire.

Mike, one of the Langton Labrats, interviewed all of the teams a bit after halfway through the cooking time.  Here, he perches on a ladder to interview The Lemonettes in the upstairs kitchen.

As the two-hour cooking period draws near to a close, a member (whose name I forget) of the Stand Mixapps hurriedly asks Nick for a taste test: "Bite this.  How is it?" "Nom."

So, that's about it.  If you want to see more photos, you can find them here.  That's right, CLICK HERE to see 131 other photos from bEATS.

And to sum up, here's a quote from a friend:
"oh take me on an adventure, feed me yummy things to eat, and let's enjoy the sun" —Danbee Kim