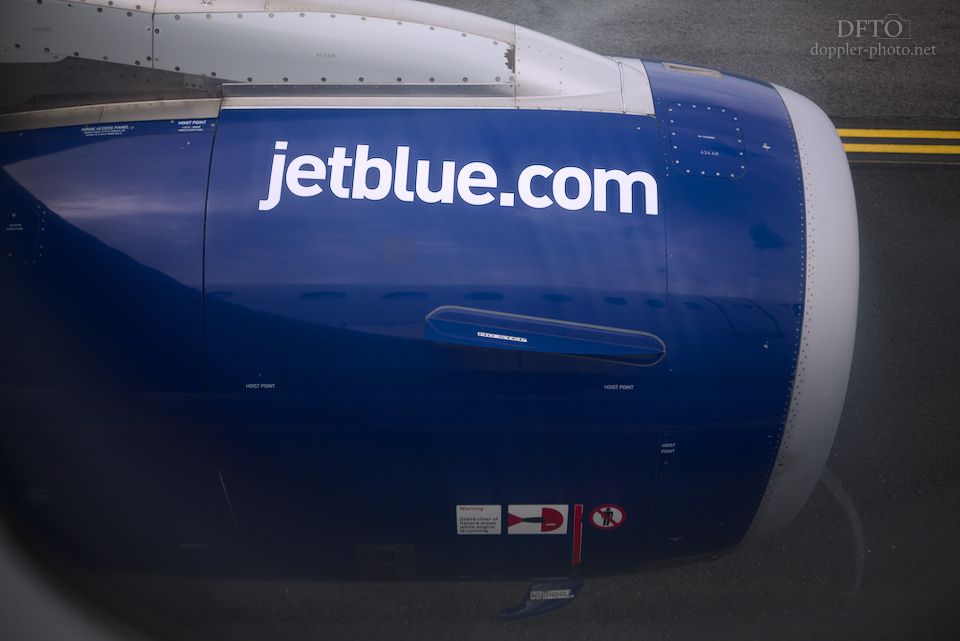 The miracle of flight is, in many ways, actually a miracle of fluid dynamics.  And even though you can't see the wind through an airplane window, I feel like clouds can give you a little bit of a glimpse into that world.  They help to expose the otherwise-invisible workings of the world around us.

So, for instance, a running turbofan creates a region of low-pressure air ahead of it, which can cause interesting flow phenomena when interacting with nearby surfaces.  Those streamlines are usually invisible, but in the right conditions on a damp taxiway, a vortex appears (as in the bottom-right of the picture).  That vortex is always there, of course.  But it's the cloud of condensation that makes it visible, and that reinforces the wonder of modern aircraft.

Clouds also contextualize how we see the world, in ways that are so fundamental that they're easy to overlook.  They frame our visual understanding of the things in the world.  A distant Manhattan cityscape looks even smaller when overshadowed by a patch of clouds that seem to dominate the skyline.

But four minutes later, even as the cloud cover stretches out to the horizon, those details suddenly feel minute in comparison to the wide open expanse of the sky itself.  Even though the clouds are a larger part of the scene than in the last image, they somehow feel less significant — as if being able to see the details in the cloud cover makes them more visually tractable than just before.

You can also look to the clouds for a sense of the time of day.  When struck by the bright sunlight of the daytime, the body of a cloud will refract that light in a way that causes them to luminesce in the areas that seem like they should be just shadow.  And when an entire cloud falls into shadow, it will still maintain an amazing amount of definition given just the blue light from directly above.

As the evening approaches, the sunset seems to move vertically rather than laterally.  The tall clouds further to the West cast long shadows, which tell a tale of the looming darkness.  Above the cutoff, it's still daylight.  Just below, it feels like dusk.  As the blue light of day fades, the detail in the bodies of the clouds diminishes, leaving just the sharp relief of each cloud's profile against the darker ones behind.

And as the evening progresses, the blue light from the sky continues to diminish.  At times the clouds happen to catch a clearer view of the Westerly sunset, shifting their tone from bright white to a more golden hue.  Somehow, the stark contrast against the darkness makes them seem even more concrete and tangible — more like an unflinching mountain than a floating pool of water vapor.  They seem to stand guard even as nighttime approaches all around.

And even after darkness takes over entirely, the clouds can still retain some of their magic.  A lightning storm shows, again, what was already there.  Sometimes it just takes the right cloud formation to put everything into context.