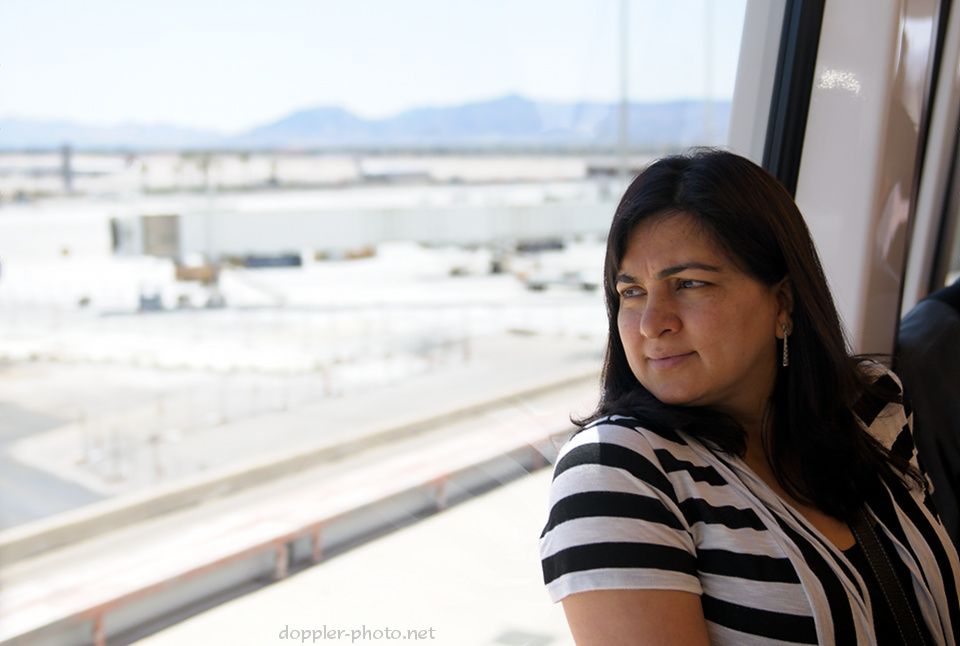 I explored Vegas with some other folks.  Here are a few of them.

Rajni watches a bleak construction site slide past our window in the glaring midday sun.  After we got off the jet at LAS, we took a shuttle to our hotel; little did we know that we had inadvertently signed up for the "scenic" route.  At the end of our trip, taking taxis back to the airport was both much cheaper and much faster.

This is Tommy.  We would typically regroup in one of the hotel rooms before heading out as a group.  Different people had different pastimes as we waited; some played games; some talked; others took photos (*cough*).

Another regroup, another portrait.  This is Emily, trip-planner extraordinaire.

Another regroup, another portrait.  Eric was optimistically hopeful for the outcome of Friday's championship match between the San Jose Sharks and the Detroit Red Wings.  Unfortunately for the Sharks, that apparently wasn't enough.