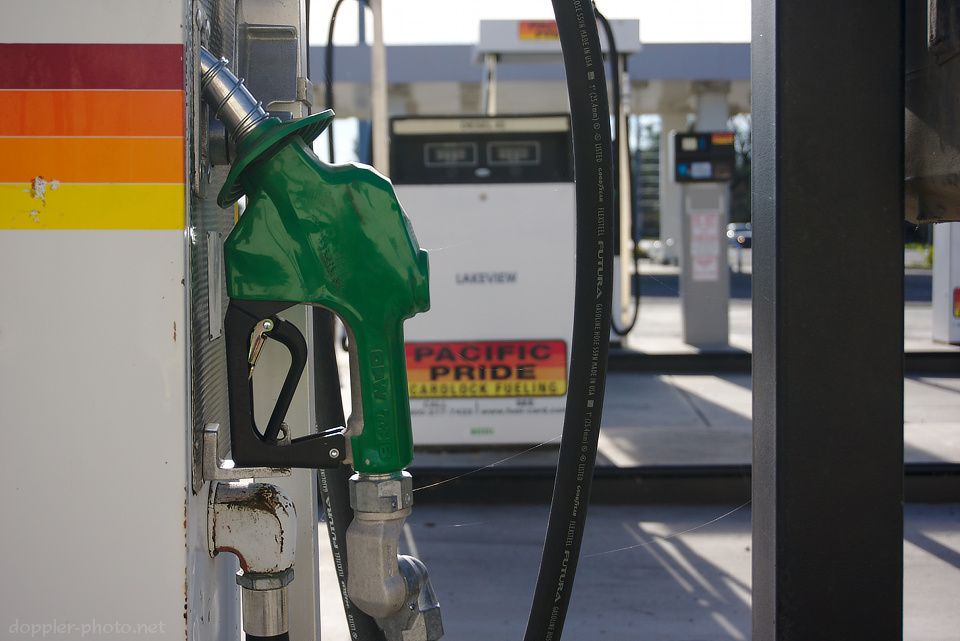 On my way up to the 25 Hours of Thunderhill back in November, I took an arbitrary exit to take a break and stretch my legs, and ended up in Arbuckle, CA.  It was an early Saturday morning, and I stopped at a closed gas station right off the freeway.

Except it was more than closed; it was vacant.  Empty.  Barren.  It was as if I had happened on the still-recognizable bones of a gas station that had fallen by the wayside untold ages ago.

How long do those bones take to go away?  I don't know, but it felt like the gas station's destiny, if you could call it that, was only to answer a similar question.

Once I started walking around, the thing that struck me was how lonely it felt.  The same way that a graveyard feels lonely when there's no one else in sight.  I started to explore, trying to figure out why it felt so desolate, and that's when I started noticing the cobwebs.  They were everywhere.  On everything.  Fewer of them in exposed areas, more in the secluded ones, but there nonetheless.

I also felt a tinge of… chagrin? at the realization that the brand of hoses was "Futura," but now that the future had actually arrived, that they remained stuck in the past.  The hoses mirrored the antiquated… well really, the plain tired feel of much of the remaining equipment.  As if they all had been standing guard, ready to be put back into service, but with the creeping suspicion that their days were numbered.

For instance, the spring on the support reel for this hose had given up at some point, letting the hose droop down in what can only be a trend toward ever-increasing levels of disrepair.

As my investigation continued, I began to discover more quantitative signs of the passing time.  What had once been a windshield washing fluid reservoir had turned into little more than a convoluted core sample of the area, showing the rainy periods as well as the dry spells.  But how long does it take to grow that many rings?

At last I happened on an actual date.  2007.  That was the last year that Colusa County Agriculture Commissioner Harry Krug had verified and certified the calibration of the pumps.  Moreover, the dilapidated condition of the seals illustrated the station's years of desertedness more clearly than the condition of the equipment, even without upkeep.  Clearly, that stuff was built to last.

And finally, a glance inside of the station building.  Surrounded by the unmistakeable aura of abandonment, the sign displays an optimism that simply didn't stand the test of time.